A massive 7.3 and a mag 6.1 strike Indonesia bringing the major quake count to 13 this month and all coming along The Pacific Ring Of Fire 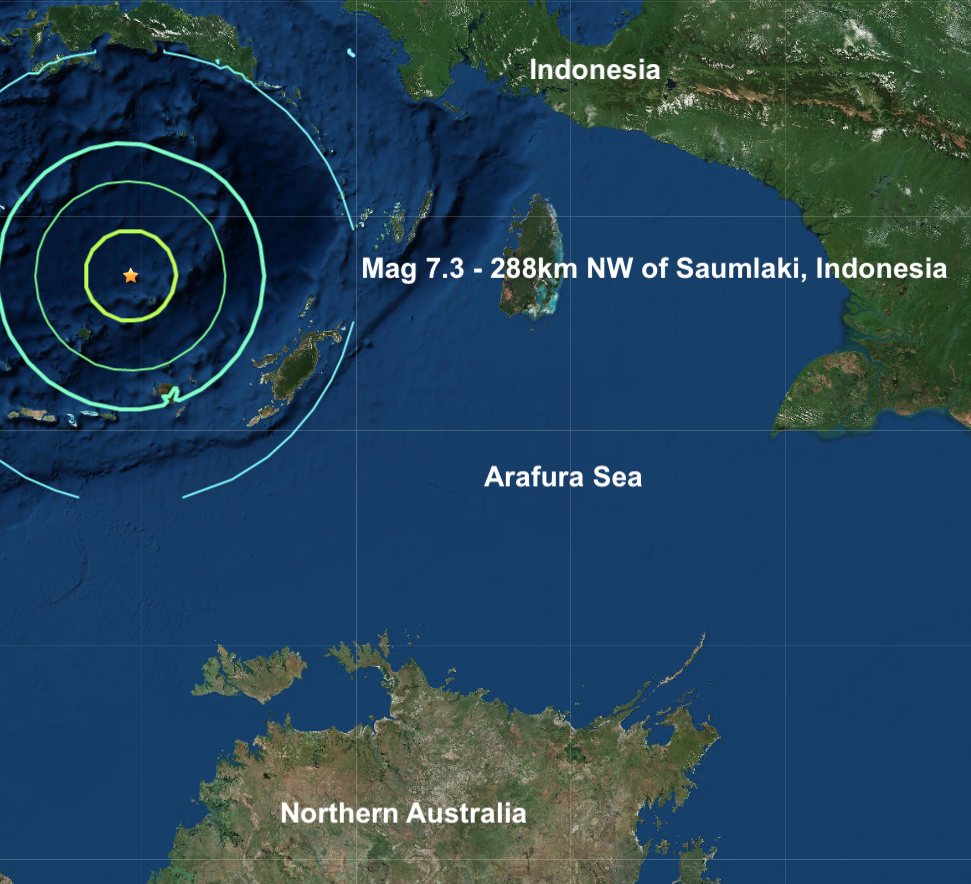 Another massive magnitude 7.3 quake struck north of Saumlaki, Indonesia as well as a Mag 6.1 - 233km W of Abepura, Indonesia.
The powerful mag 7.3 is the biggest quake of the month so far and is the 2nd mag 7+ after a Mag 7.2 struck L'Esperance Rock, New Zealand a week ago.
Last night's two quakes bring the total of major quakes to 13 this month and 71 for 2019 and 64 of them were recorded around the Pacific Ring Of Fire.
A swarm of nearly 3,000 earthquakes have hit California in the last 30 days according to USGS, leaving experts asking, how nervous should we be?

Below is a video depicting the emergence of the 2019 Glen Avon earthquake swarm through time from May 19, 2019, through to June 6, 2019. Markers are scaled to depict relative magnitude.
According to the LA Times, the seismic storm that unleashed more than 1,000 small earthquakes in San Bernardino and Riverside counties these last three weeks elicited what has become a typical reaction in quake country.
To some, the “swarmageddon” 40 miles east of downtown Los Angeles brought fear that a bigger threat was coming.

A magnitude 6.2 - 156km ENE of L'Esperance Rock, New Zealand was the 6th major quake in the area in the last 8 days with one being a massive magnitude 7.2 on Wednesday.
The last 8 days have seen an earthquake swarm of 56 quakes some as large as mag 5.9 and 5.8 as well as the 6 major quakes (mag 6 or higher).

Waiting for the big one

According to SSA, there have been no major ground-rupturing earthquakes along California’s three highest slip rate faults—the San Andreas, the San Jacinto and the Hayward—in the past 100 years.
At the 2019 SSA Annual Meeting, researchers discussed why this “hiatus” might exist, and what we might expect for California earthquakes over the next century. 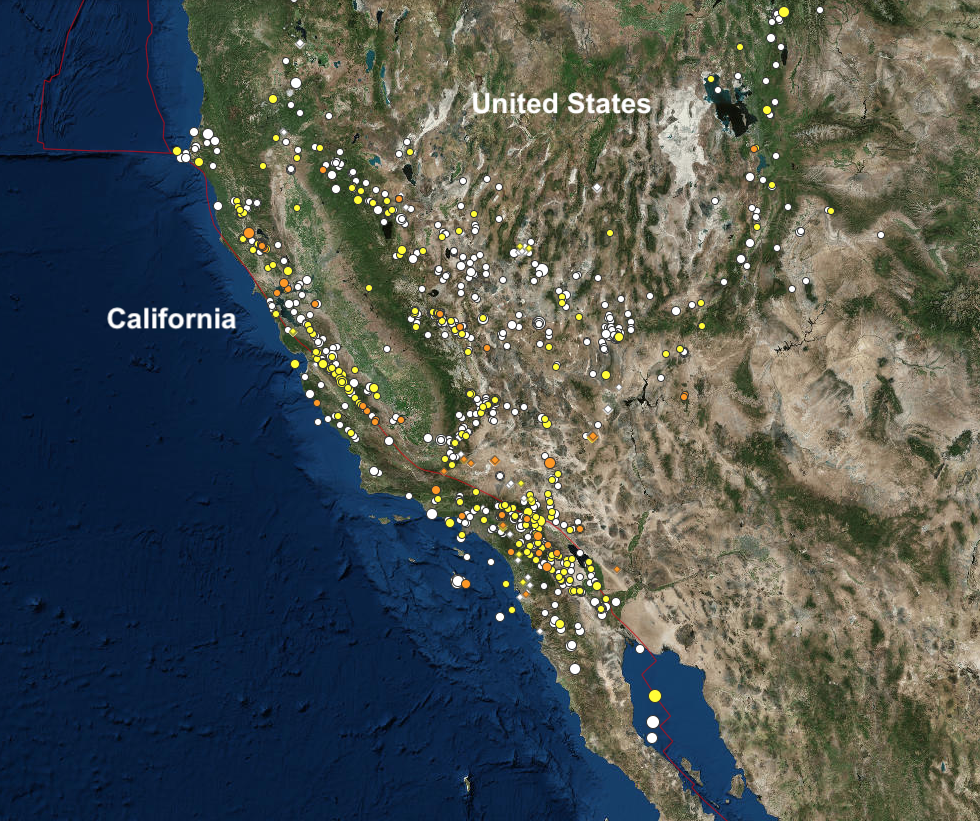 “There have been other big earthquakes in California in the past 100 years, but they haven’t happened in the places that we would have expected them, the really fast-moving faults,” says U.S. Geological Survey seismologist Morgan Page.
“Given the rates at which we see past events on these faults, we would expect there to be something in the past 100 years, if they were just going off randomly.”
Between 1800 and 1918, there were eight large ground-rupturing earthquakes (magnitude 6.5 or larger) along the faults, including the well-known 1906 earthquake in San Francisco and the similar-sized 1857 rupture of the San Andreas in southern California.
It is not a case of if but rather when as to what will happen in the future along the west coast.