When will it end? Record snow, record rain, record flooding, record tornado season and record heat: Extreme weather continues to batter the US 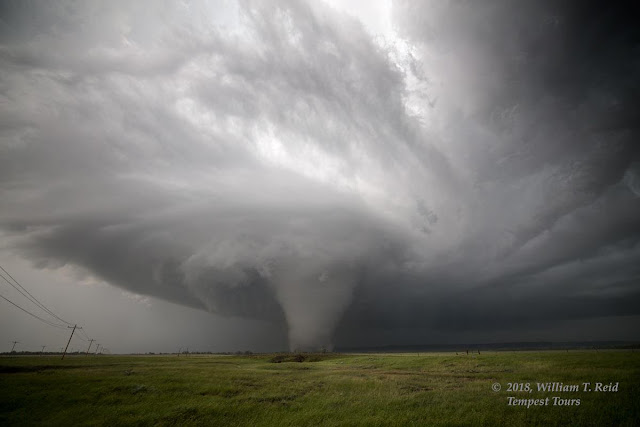 Record snow, record rain, record flooding, record tornado season and record heat, 2019 and I'm not talking about the planet, I'm talking about the US.
The record-breaking weather is showing no sign of improving anytime soon as we approach June 2019.
This years tornado season is now officially the 4th worst ever.
Multiple tornadoes ripped through Ohio, blowing houses away, injuring at least seven people, and leaving almost 100,000 people without power.
The National Weather Service (NWS) said the tornadoes hit Dayton, Ohio, and surrounding areas late on Monday, including one that it described as "large and dangerous."
The tornadoes crossed each other's paths, creating so much debris that crews turned to snow ploughs to clear the roads on Tuesday morning.
The City of Dayton on Facebook urged people to conserve water because it had lost power to water plants and pump stations. "First Responders are performing search and rescue operations and debris clearing," it said.
In Celina, a town north of Dayton, the mayor said some areas looked "like a war zone."
Mayor Jeffrey Hazel told NBC affiliate WDTN: "Some of the houses were completely moved off their foundations and gone."

Two levees topped as Arkansas and Oklahoma prepare for the worst flood in their history.
More rain fell on Tuesday on the Arkansas River, which has already reached levels not seen for decades in Oklahoma and Arkansas.
"The levee system is still operating as designed," Tulsa Mayor G.T. Bynum said Monday, but he added that could quickly change.
"We are asking for everyone to prepare for the worst-case scenario ... the worst flood in our history." Widespread flooding has already occurred along the Arkansas River in parts of eastern Oklahoma and western and central Arkansas.

After another wet week throughout much of the United States Corn Belt, corn and soybean planting regressed slightly in Monday’s U.S. Department of Agriculture’s (USDA) Crop Progress compared to last week’s report.
The Crop Progress indicated 58% of corn was planted in 18 key corn-producing states.
The 2014-18 average for corn planted by May 26 is 90%, so planting is off 35.5% in comparison. Corn planting remains behind schedule in 17 of the 18 states in the report.
Soybean planting also is behind in 17 of the 18 key soybean-producing states, according to the report. So far, just 29% of soybean planting has taken place, compared to the five-year average of 66% by May 26, meaning soybean planting is off 56%.
AccuWeather predicts corn and soybean yields for the season will be below USDA estimates as wet weather has impacted key corn- and soybean-producing states.
AccuWeather forecasts another wet week for much of the Corn Belt this week.
“If the corn hasn’t been planted by next Tuesday, the yield will really drop off,” said Nicholls.

Record-breaking heat will have a firm grip on the southeastern United States beyond the middle of the week.
Residents will have to continue taking the necessary precautions to avoid heat-related illnesses. Dozens of record highs have fallen amid the heat wave since it began late last week.
Southeast heat records Saturday's high of 100 F at Savannah, Georgia, tied the record for the earliest occurrence of triple-digit heat in the city.
On Sunday, the city set an all-time record high for May as the mercury soared to 102. Charleston, South Carolina, and Wilmington, North Carolina, reached 100 for the first time ever in May on Sunday.
The heat wave will continue to enter record books in many communities into Thursday.

An unusual sight for late May has appeared in several areas of the U.S.: snow.
While May snow is common in some of the higher elevations of the West, the recent weather pattern has allowed snow to accumulate in rarer areas for this time of year.
That unusual upper-level weather pattern set up in mid-May and featured a persistent southward dip in the jet stream over the western U.S. as well as the northern Plains and upper Midwest.