Bizarre! NOAA puts strange positive spin on "drought free" US, with no mention of unprecedented flooding affecting farmers as April is crowned 2nd warmest ever 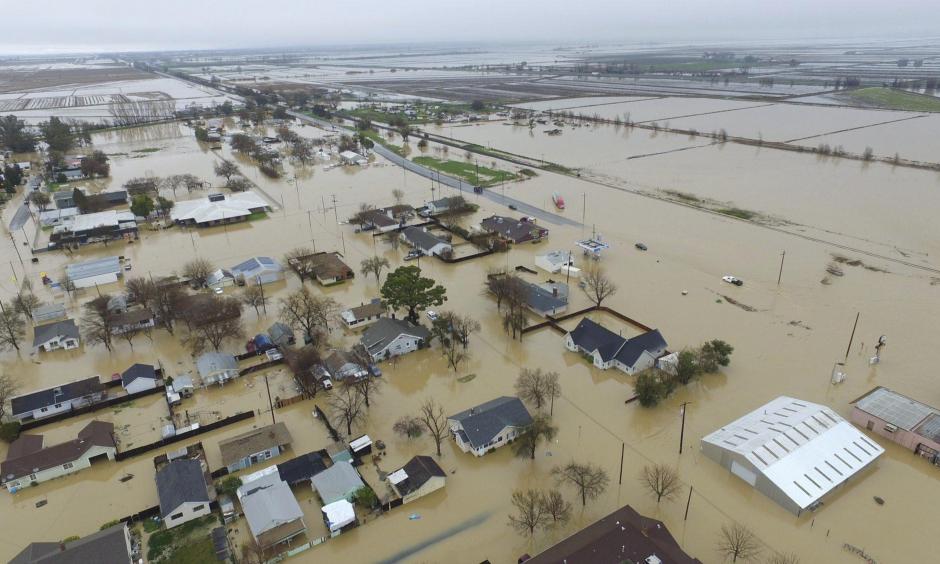 As many areas in the Midwest and the western U.S. are still experiencing snow with winter still biting well into May.
Thousands of American farmers are still unable to plant their crops due to saturated soil from record rain and snowfall with planting still remaining behind schedule in 17 of 18 key states for both corn and soybean compared to their 2014-2018 averages.
The National Oceanic and Atmospheric Administration (NOAA), however, has put a positive spin on the national disaster by claiming, "The U.S. moved closer to being drought-free in April," in its monthly evaluation of weather across the United States.
In the report by NOAA, there is not one single reference to the unprecedented flooding across the plains and the mid-west focussing entirely on "drought relief," and the unusual warmth felt in Alaska and across the Mid-Atlantic.
The omission of references to the flooding and the stress on the country's farmers is quite frankly staggering from The National Oceanic and Atmospheric Administration.
More wet weather is expected in the Midwest Tuesday into Wednesday, including flooding downpours, hail and possible tornadoes, as well as this weekend. "That will raise some concerns for getting the crops in on time," said AccuWeather senior meteorologist Jason Nicholls. "The problem areas are Nebraska, Minnesota and the Dakotas."
According to the Weather Channel, another round of severe thunderstorms and flash flooding will continue to impact parts of the Plains and Midwest into the late week as disturbances in an active jet stream spread through those regions.
An expansive swath of heavy rain is ongoing this morning from West Texas into parts of Oklahoma, Kansas and Missouri, prompting numerous flash flood warnings.
Water rescues were reported overnight near Hominy, Oklahoma, Joplin, Missouri, and other locations.

While April 2019 was a disaster for American farmers, April 2019 was the 2nd hottest on record for the globe
Arctic sea ice coverage reached a record low last month

Earth continues to sweat it out, and last month was no exception.
April 2019 was the second-hottest April on the record, which dates to 1880. The Arctic region wasn’t spared either, as sea ice coverage shrunk to a record low for the month.

Year to date I January through April
The period from January through April produced a global temperature 1.62 degrees F above the average of 54.8 degrees, which is the third-hottest YTD on record. The record-warm temperatures for the fourth-month period were registered in parts of Australia, southeastern Brazil, central Asia, the southern Atlantic and southwestern Indian oceans and the Barents, East China and Tasman seas.

Canadian coolness reached southward: Cooler-than-average temperatures were logged from January through April across much of Canada and the north-central U.S., about 3.6 degrees F below average.

April 2019 was 2nd hottest on record for the globe

U.S. moved closer to being drought-free in April