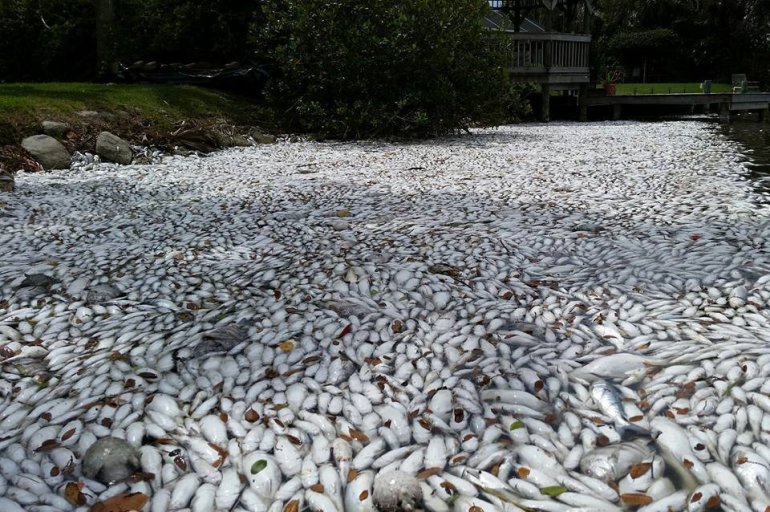 Photo Fox13Now
"This was Florida's Deep Water Horizon!" An incredible 408 marine life die-off's, almost one every day from July 2016 to November 2018 and is the biggest marine disaster in Florida's history and today the Coastal Conservation Association Florida and the Florida Fish and Wildlife Conservation Commission have come up with an official number of deaths during that period, they are claiming the red tide killed 267 tons of marine life along the Southwest coast of Florida. Full story

Bradenton Herald, 27th of August reported the county had already collected about 241 tons of red tide-related debris left on Manatee County beaches, parks and waterways, cleaning up the majority of fish kills, officials announced during a news conference. Full story

On the 16th of August 2018, WinkNews.com reported 309 tons of dead fish were cleared from Sanibel beaches. Full story here

in April 2018, Spectrum News 13show a video of thousands of fish coming up dead in the Indian River Lagoon again. Brevard County officials think the warmer weather and algae blooms are to blame Full story

This is only part of the story, there have been many many more fish die off's around the shores of Florida which I have not added because they are smaller and I would be here forever if I did.