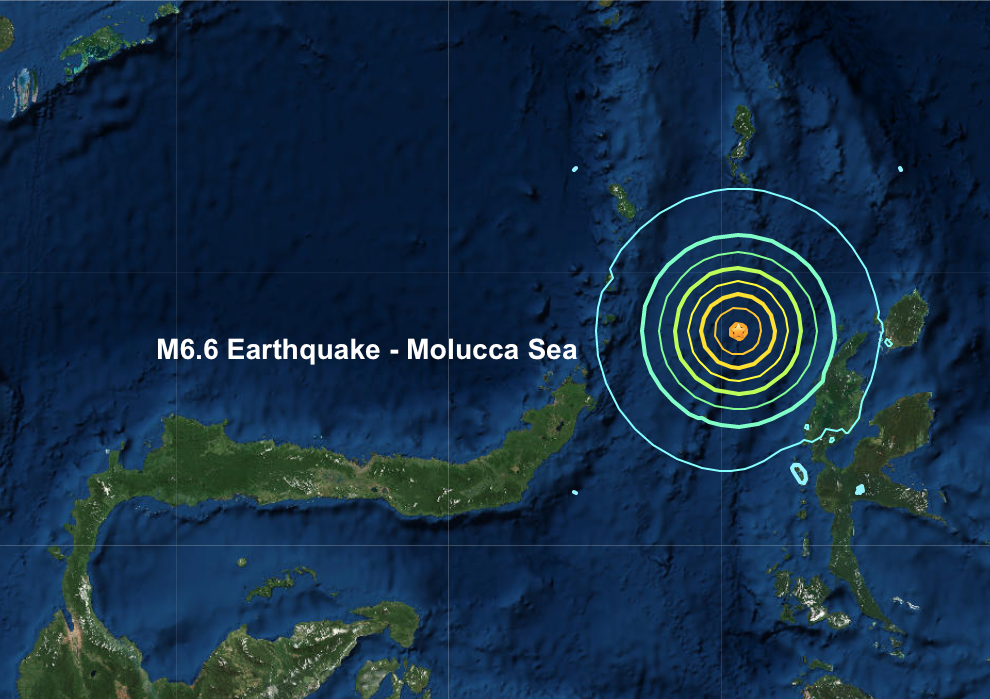 USGS
The third major quake of 2019 has struck Indonesia last night.
An earthquake with a revised magnitude of 6.6 struck 174 km (108 miles) north-northwest of the city of Ternate in Indonesia’s Molucca islands on Sunday, followed by a series of aftershocks, but with no tsunami risk, the U.S. Geological Survey said.
The quake hit at a depth of 60.5 km and was followed by aftershocks of a magnitude of 5.0 to 5.1.
An earlier report from the USGS gave the magnitude of the quake at 7.0 and the depth at 10 km.
Last nights quake was the third major quake in the last 24 hours after a magnitude 6.8 Acre, Brazil and a magnitude 6.1 rocked the Andreanof Islands, Aleutian Islands, Alaska.