The fourth major quake of the week and 2019 strikes Nishinoomote, Japan: Mag 6.4 was downgraded by USGS 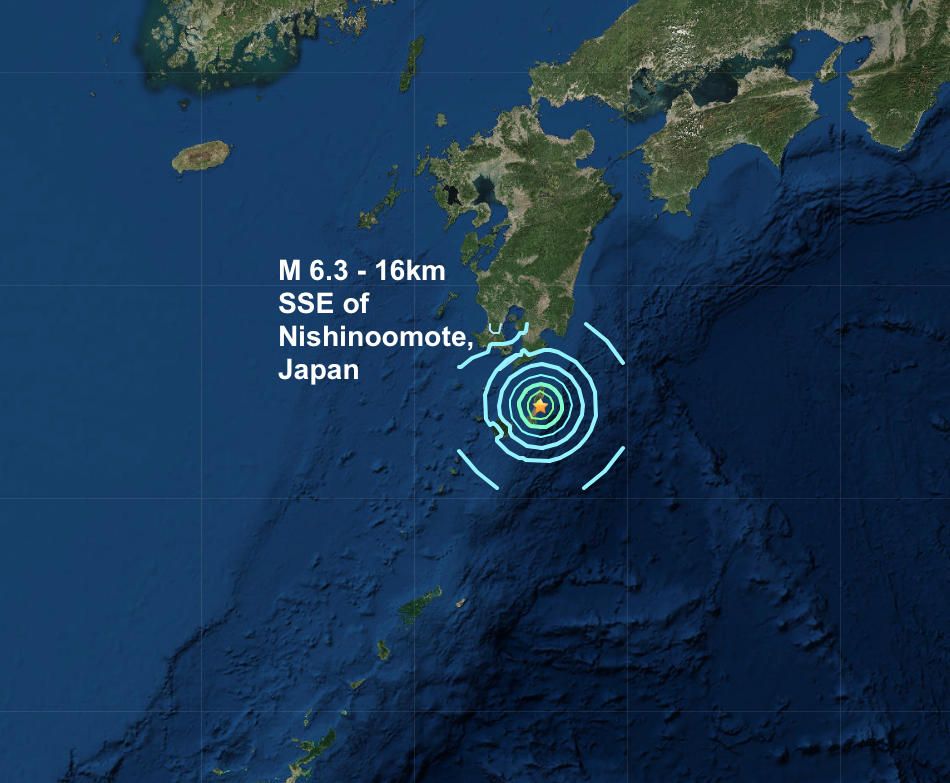 USGS
A magnitude 6.4 earthquake struck off southern Japan on Tuesday, the U.S. Geological Survey said. There were no immediate reports of damage or casualties.
The quake was 39 km (24 miles) deep and centered 116 km south southeast of Kagoshima. Earthquakes are common in Japan, one of the world’s most seismically active areas.
Japan accounts for about 20 per cent of the world’s earthquakes of magnitude 6 or greater.
Today's quake is the fourth major quake to rock the planet since Sunday.