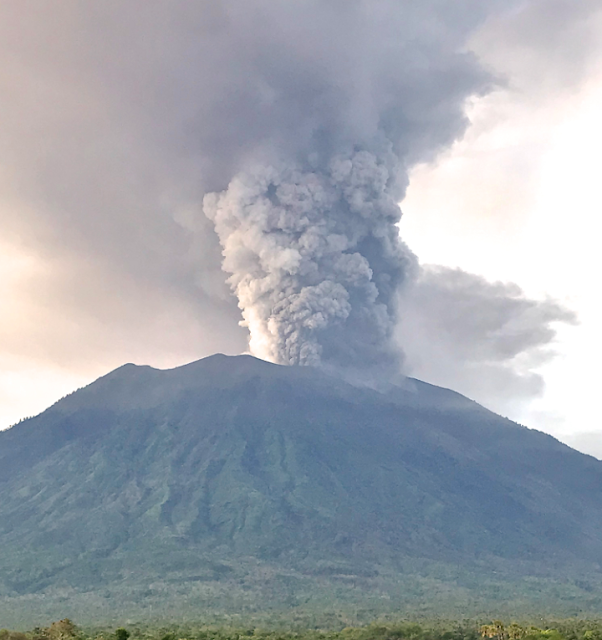 Mount Agung in Karangasem regency, Bali, erupted again early on Sunday, the volcano's observatory reported.
An ash column that spewed from Mt. Agung's crater during the eruption could not be monitored as thick fog shrouded the peak.
The eruption caused ash to fall on to several areas around the mountain.
"The eruption occurred at 4:09 a.m. local time but the height of the ash column could not be measured because of the heavy fog.
The eruption was recorded on a seismograph with a maximum amplitude of 22 millimetres and a duration of three minutes and eight seconds," the observatory said in its report on Sunday morning. The Volcanology and Geological Disaster Mitigation Center (PVMBG) announced that the alert for Mt.Agung was being maintained at the third level while the danger zone was still within a radius of 4 kilometres from the peak.
The centre warned all people, including tourists, to stay away from the danger zone, where no activity is allowed.
Authorities have forbidden climbing on Mt. Agung since its volcanic activity increased in 2017. "Volcanic activities in the danger zone are dynamic and can change at any time, according to the condition of the mountain," the observatory said.
People living along rivers at the foot of Mt. Agung have also been warned to remain vigilant for possible cold lava flows, which can occur during rain.