A massive earthquake with a magnitude of 7.8 reduced to 7.4 strikes Russia! Tsunami warning released: Quake is the 129th major quake of 2018 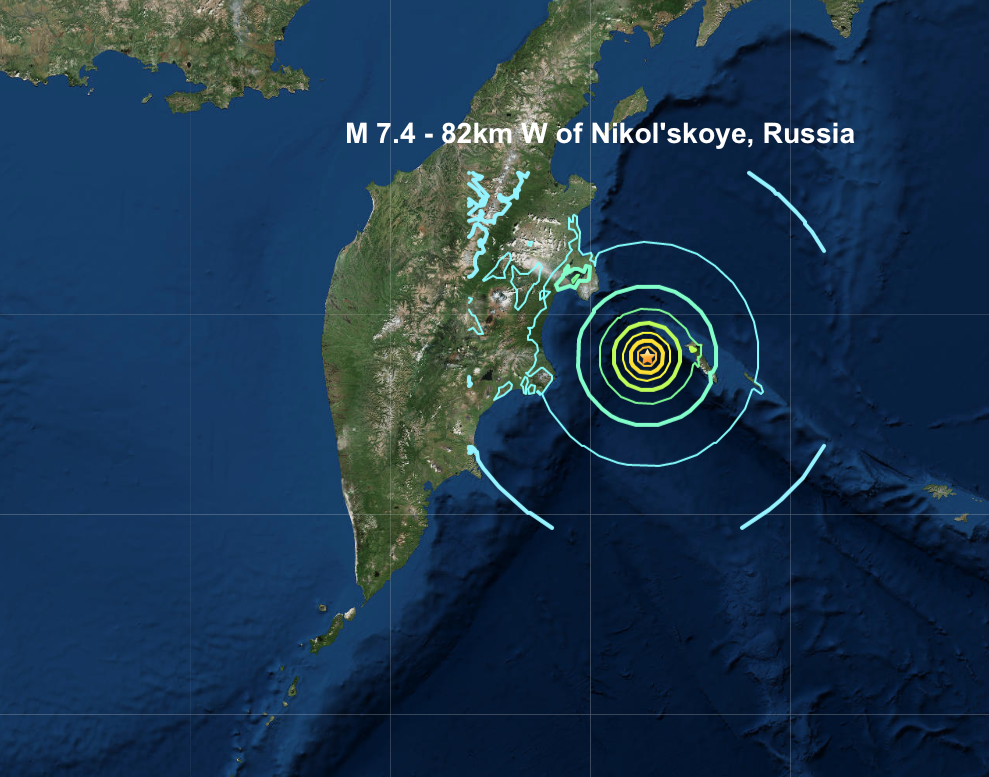 USGS
A massive earthquake with a magnitude of 7.4 struck off Russia’s far east on Thursday, the United States Geological Survey (USGS) said, although Russian news agencies carried no immediate reports of damage from the sparsely populated area.
The quake off Russia’s Kamchatka peninsula, which was initially measured at 7.8 before being revised downwards, struck 82 km (55 miles) west of Nikolskoye at a depth of 9 km, it said.
The Pacific Tsunami Warning Centre said hazardous tsunami waves from the earthquake were possible within 300 km of the epicentre along the coasts of Russia.
With just 11 days left of 2018, it could be the last major quake of this year.So far 2018 has delivered 129 major quakes which are 18 more than 2017 which recorded the lowest total this century.This year promises to be a low total too, with less than two weeks to go to the end of the year 129 would be the second least total this century after the low 2017 total.The actual yearly average total of major quakes per year this century is 158 which is considerably more than 2017 and 2018 (so far), I can't imagine we could have another 29 major quakes in the coming 12 days but you never know.The year which produced the most major quakes in one year, actually, the most ever since records began was 2011, with a massive total of 208 closely followed by 2007 with 201.The biggest quake this year was a magnitude 8.2 - 286km NNE of Ndoi Island, Fiji back in August.