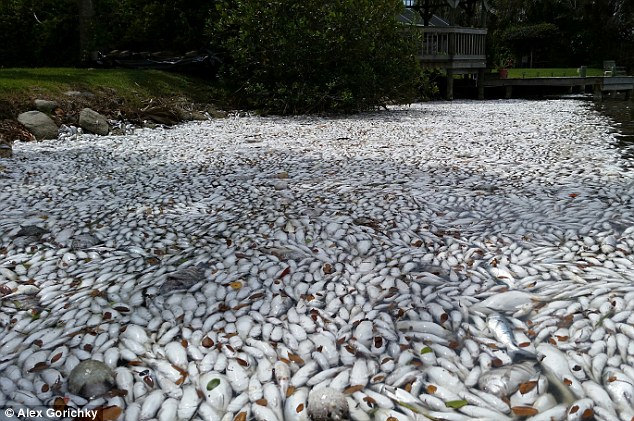 Photo Daily Mail: Billions of marine life have died due to an unprecedented algae bloom around the coastline of Florida this year.

Climate change will cost the U.S. economy hundreds of billions of dollars by the end of the century, damaging everything from human health to infrastructure and agricultural production, according to a government report issued on Friday.
Clashing with Trump, U.S. government report says climate change will batter economy: New report warns of unprecedented growing impact on US life.
Trump administration releases its own apocalyptic report on climate change which estimates that 10 PER CENT of GDP will be lost to man-made global warming by 2100 and bring catastrophic consequences to the US which comes just days after the president Tweeted; Brutal and extended cold blast, (for the nations Thanksgiving holiday) could shatter ALL RECORDS-whatever happened to global warming.
It is a kind of perverse statement from the president after the recent record-breaking wildfires in California, the constant battering of Florida and the Gulf of Mexico from record-breaking monster hurricanes and the death of billions of marine life due to unprecedented algae bloom covering 8,000 miles of Florida coastline and inlets. 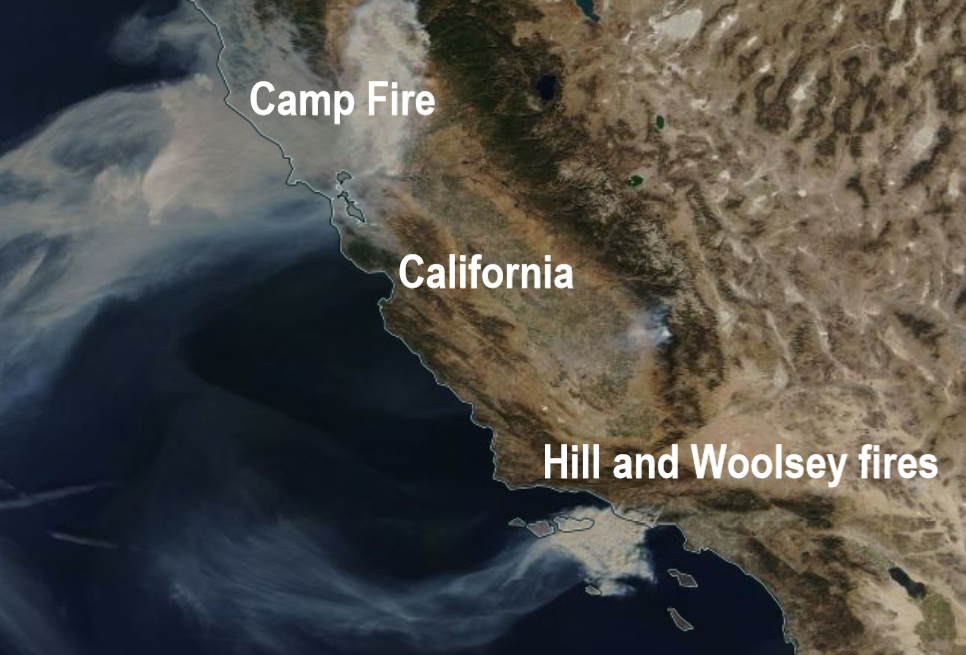 NASA's satellite picture of the current record-busting wildfires in California

The report covers 12 topics from communities to recreation and tourism.
Climate change will cost the U.S. economy hundreds of billions of dollars by the end of the century, hitting everything from health to infrastructure, according to a government report issued on Friday that the White House called inaccurate.
It said global warming would disproportionately hurt the poor, broadly undermine human health, damage infrastructure, limit the availability of water, alter coastlines, and boost costs in industries from farming to energy production. 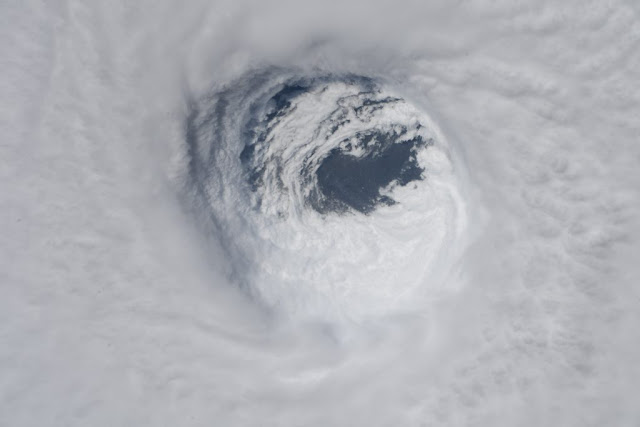 Monster: A view of the eye of Hurricane Michael taken on Oct. 10, 2018, from the International Space Station currently orbiting Earth.The photo was taken by astronaut Dr Serena M. Auñón-Chancellor, Credit: NASAIt was the fourth-strongest storm in recorded history to hit the mainland US and battered north-west Florida, flooding beach towns and snapping trees.