As a Siberian city endures temperatures of -50 C, (-58 deg F) NASA claim whole global temperature about to plummet in a matter of months 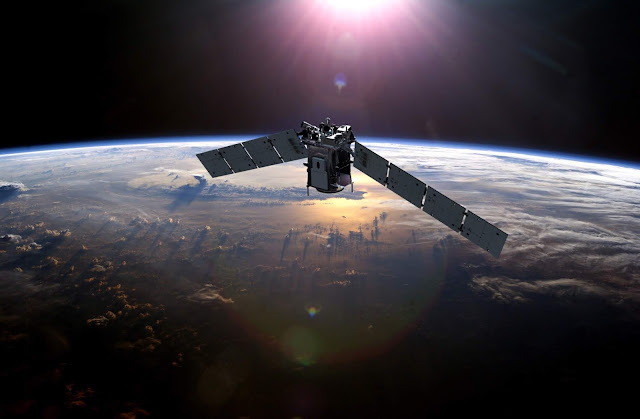 NASA's Timed Satellite
NOAA (National Oceanic and Atmospheric Administration) are following the warming line.
It's the hot debate of 2018, pardon the pun, are we witnessing global warming or global cooling.
As California burns and the rest of the Northern Hemisphere prepare for winter after a record-breaking warm summer, spare a thought for residents of Krasnoyarsk Siberia who are already enduring temperatures of -50 C, (-58 deg F).
And according to NASA spokesman, temperatures for the whole globe could be about to plummet as our sun is entering one of the deepest Solar Minima of the Space Age.
Sunspots have been absent for most of 2018 and Earth’s upper atmosphere is responding, says Dr Phillips, editor of spaceweather.com.
Data from NASA’s TIMED satellite show that the thermosphere (the uppermost layer of air around our planet) is cooling and shrinking, literally decreasing the radius of the atmosphere.

Record cold in a matter of months

“If current trends continue, it could soon set a Space Age record for cold,” says NASA's Martin Mlynczak. “We’re not there quite yet, but it could happen in a matter of months.”
Full story here

An ominous video of a snow tsunami covering the Siberian city of Krasnoyarsk reminds us to brace ourselves for the coming winter.
This winter, before complaining about running out of your house to heat your car in the morning, consider that the unfortunate residents of Krasnoyarsk Siberia are currently lucky if they can get their door open in the first place. If it wasn’t enough that the city’s residents have to deal with temperatures as low as -50°, on Sunday, the Siberian Times posted a timelapse video to their Twitter account which captures a massive snow cloud rolling over the city like a tsunami.
The video has been viewed about 12,000 times, provoking awe over the power of nature, along with stress over the coming seasonal-struggles of winter.
Krasnoyarsk is Siberia’s third largest city, and, for whatever unimaginable reason, home to a little over a million (very cold-resistant) people.
It is also an important junction on the legendary Trans-Siberian railroad.
Russian writer Anton Chekhov once referred to it as the most beautiful city in Siberia – although this would be hard to verify given the city’s current condition.