Doctors in the U.S. are bracing themselves for a surge of a deadly polio-like disease (Acute Flaccid Myelitis) which has experts baffled 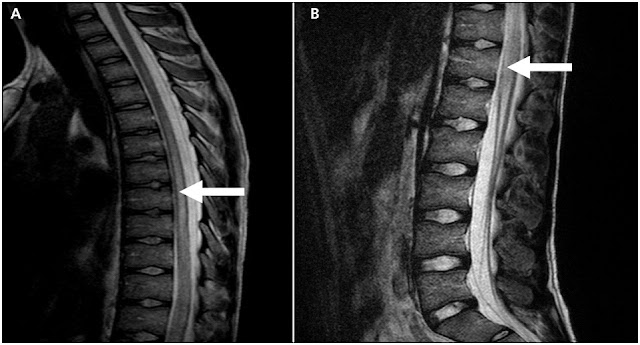 Photo natural-health-news.com
Doctors in the U.S. are bracing themselves for a surge of a polio-like disease which has experts baffled.
Doctors are bracing for an upsurge in cases this fall.
Federal health officials said Monday they now have reports of 155 possible cases of acute flaccid myelitis, a polio-like syndrome that causes muscle weakness and paralysis.
The CDC (Centers for disease control and prevention) says its researchers still are not sure of a cause, the pattern of the reported cases strongly points to a virus, doctors say but they are still not sure.
The No. 1 suspect is a distant relative of polio called enterovirus D68 or EV-D68.
According to MSNBC, the paralyzing condition was first seen in notable numbers in 2014, when the CDC confirmed 129 cases.
The next year, just 17 were confirmed but in 2016, 149 cases were confirmed.
Case counts fell off again in 2017 — 33 cases were confirmed — but numbers have risen again with 62 reported cases so far in 2018.
The CDC says it cannot say what is causing this pattern of disease.
“We don’t know what caused the increase in AFM cases starting in 2014,” the CDC says on its website.
New York health officials said Monday there are at least five suspected cases of acute flaccid myelitis in the state.
Citing patient confidentiality laws, the state Department of Health declined to say more specifically where the cases are suspected but confirmed they have been outside New York City.
At least one suspected case has been reported in Buffalo, according to the Associated Press.
The CDC said it began to receive increased reports of suspected cases around August and September, and that state and local health departments are still investigating some of these.
The Ohio Department of Health said there are four confirmed cases of Acute flaccid myelitis in Ohio, including one case in Pickaway County, about 30 minutes south of Columbus.
Its last tally was reported Oct. 16. Acute flaccid myelitis, or AFM, is a rare but serious condition.
It affects a person's nervous system, specifically the grey matter of the spinal cord, causing weakness in the arms and legs.
In some cases, patients recover quickly; in others, they experience paralysis and require ongoing care.

Symptoms
Most people will have a sudden onset of arm or leg weakness and loss of muscle tone and reflexes. Some people, in addition to arm or leg weakness, will have:
facial droop/weakness,
difficulty moving the eyes,
drooping eyelids, or
a difficulty with swallowing or slurred speech.
Numbness or tingling is rare in people with AFM, although some people have pain in their arms or legs.
Some people with AFM may be unable to pass urine (pee).
The most severe symptom of AFM is a respiratory failure that can happen when the muscles involved with breathing become weak.
This can require urgent ventilator support (breathing machine).
In very rare cases, it is possible that the process in the body that triggers AFM may also trigger other serious neurologic complications that could lead to death.