A magnitude 6.1 - 55km NNW of Palu, Indonesia is the 9th major quake of September and all 9 have struck The Pacific Ring Of Fire 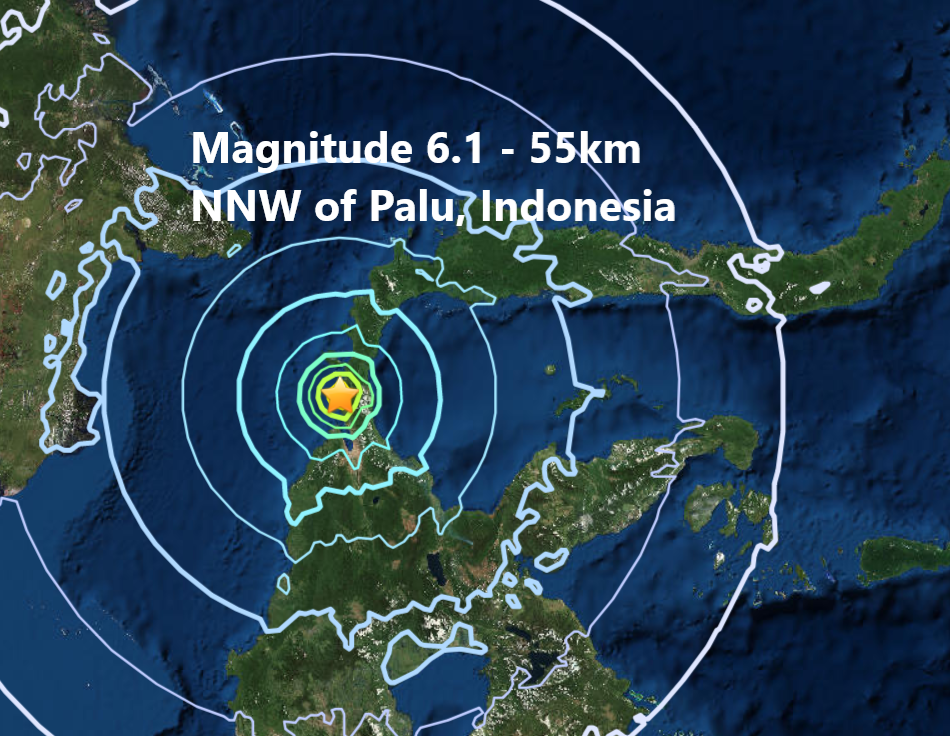 A magnitude 6.1 - 55km NNW of Palu, Indonesia.
An earthquake struck the Indonesian island of Sulawesi on Friday, but there was no threat of a tsunami, the meteorology and geophysics agency BMKG said.
The U.S. Geological Survey put the magnitude at a powerful 6.1 and a relatively shallow 18 km.
(Shallow quakes tend to be more destructive than deep quakes)
Indonesia sits on the Pacific Ring of Fire and is regularly hit by earthquakes.
In 2004, the Indian Ocean tsunami killed 226,000 people in 13 countries, including more than 120,000 in Indonesia.
This mornings quake is the 9th major quake of September and all 9 have struck The Pacific Ring Of Fire, it is also the 85th major quake of 2018.