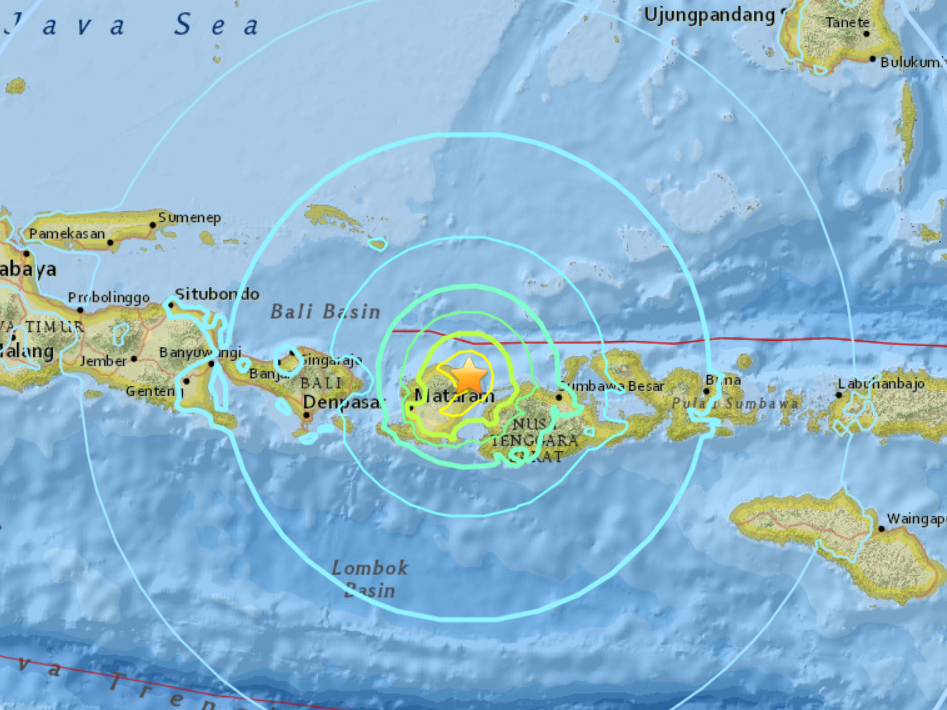 USGS
A very dangerous shallow magnitude 7.2 quake reduced later by USGS to a mag 6.9 has struck Indonesia just hours after a mag 6.3 struck and just two weeks after another mag 6,9 killed nearly 500 in the same area.
The quake is the 5th major quake today after another 4 major quakes struck this morning bringing the total to 13 major quakes in the last 6 days and one of them was the biggest quake of the year so far.
A massive quake of magnitude 8.2 struck in the Pacific Ocean close to Fiji and Tonga on Sunday but it was so deep that it did not cause any damage, authorities in Fiji said.
Among the many aftershocks was a further mag 6.8 and a mag 6.3 in the same region.
A magnitude 6.3 struck Indonesia also this morning.

An incredible surge of major quakes has hit the Pacific Rim in the last week after an incredible low count this year up to the beginning of August when a flurry of major quakes have been registered around the world coming entirely out of the blue.
The surge of major quakes does, however, coincide with two enormous coronal holes which have been spewing solar wind at the Earth's magnetosphere during the same period of the quake flurry.
Just a week ago 2018 was on course to register the lowest count of major quakes this century.
A flurry of major quakes has been registered in a week when a massive coronal disturbance on our Sun has ejected a stream of solar wind from two giant holes on our Sun's atmosphere.
On top of the major quakes, we have also had an uptick with volcanic activity, this morning Peru's Sabancaya volcano, which is located less than 50 miles from the country's second city, Arequipa, has begun erupting, sending a column of ash more than two miles into the air.
The latest phase of eruptive activity follows reports of explosions at the volcano averaging 23 per day between August 6 and 12, as well as earthquakes and high levels of toxic sulphur dioxide gas.
Two days ago nearly two dozen quakes struck the gigantic Katla volcano in Iceland and Japanese authorities are preparing to evacuate Kuchinoerabujima island after the threat of an eruption as earthquakes and sulphur emissions have suddenly increased dramatically.
The last few days have seen a massive coronal hole open up on the Sun ejecting a stream of solar wind flowing from an enormous 700,000 km-long coronal hole possibly influencing quake and volcanic activity here on Earth and it comes as no surprise to me we have had a flurry of major quakes this week after the lowest count so far this century. 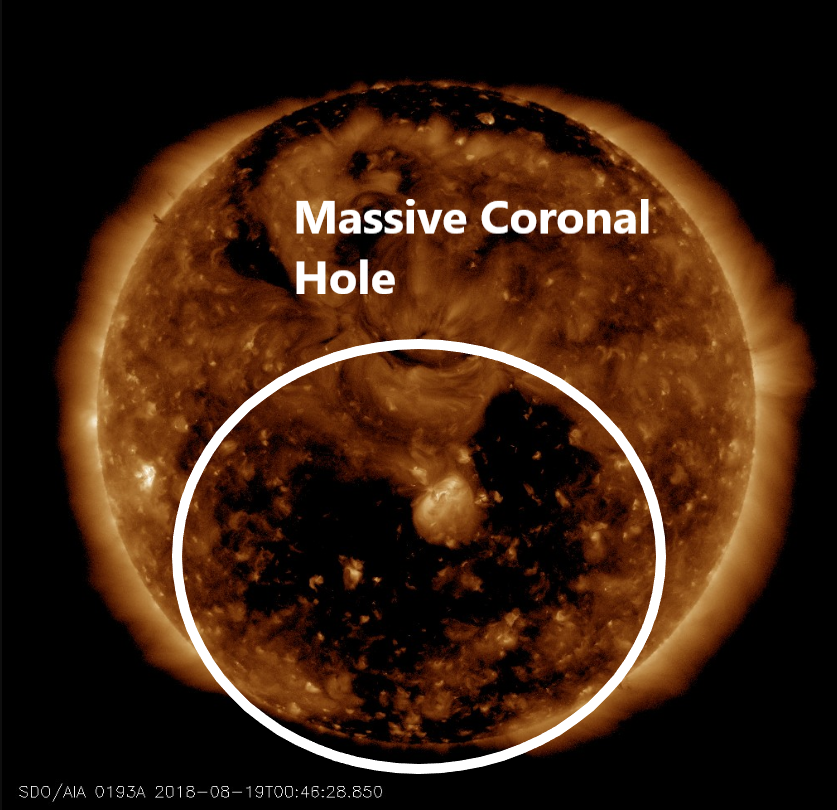 Photo SDO/A new coronal hole arrives.
The massive coronal hole has now turned away from facing the Earth, however, another massive hole is facing Earth and is spewing solar wind toward Earth.
According to Spaceweather.com, the ragged horseshoe-shaped hole in the sun's atmosphere has turned toward Earth, spewing a stream of high-speed solar wind toward our planet.
NASA's Solar Dynamics Observatory photographed the structure earlier today: This is a "coronal hole," a region in the sun's atmosphere where magnetic fields open up and allow solar wind to escape.
Coronal holes are a primary form of space weather during solar minimum--that is, now.
Studies show that coronal holes not only open more frequently but also last longer when sunspots are absent.
During the last solar minimum in 2007-2009, one coronal hole stayed open for 27 consecutive solar rotations.
As the sun slowly turned on its axis, that hole fire-hosed Earth with a stream of solar wind almost once a month for nearly two years.
For comparison, this coronal hole has only been around twice.
It is a youngster.
Today's 5 major quakes bring the total in August to 15 the most in one month this year with the annual total to 66.