A fireball with a punch of about 3 kilotons slams into the atmosphere over Russia at 32,200 miles per hour (51,800 kilometres per hour) 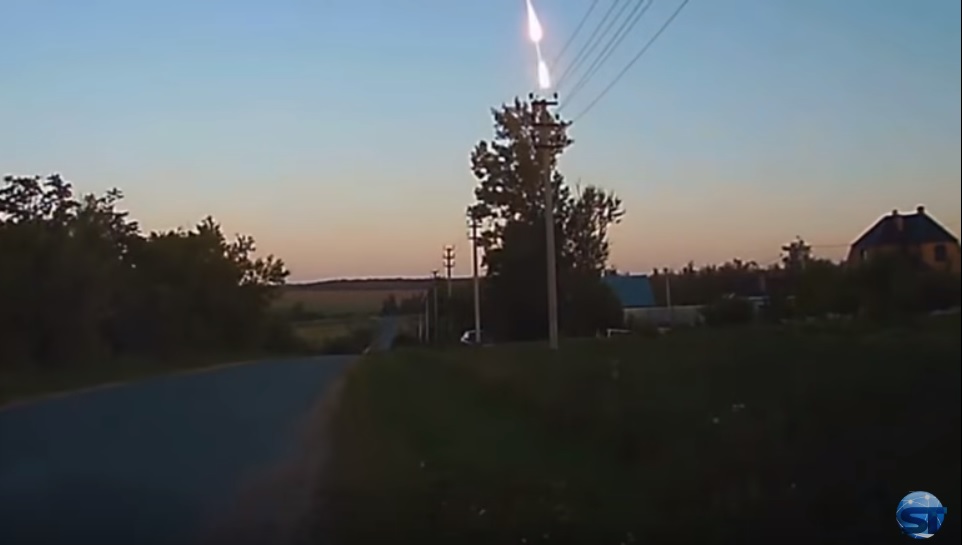 YouTube
More than five years after a large space rock slammed into the atmosphere over Russia, shattering thousands of windows in the city of Chelyabinsk below, another meteor exploded in the sky over the country last week, lighting up the early morning sky.
The fireball was captured on camera near the town of Lipetsk, between Moscow and the Ukrainian border.
It glows brightly for a second, leaving a trail of smoke that lingers for several minutes afterwards. The impact of the meteor on Earth's atmosphere was picked up by US government sensors used to detect nuclear explosions, among other things.
NASA estimates the resulting explosion packed a punch of about 2.8 kilotons, which pales compared with the 440 kiloton blast over Chelyabinsk in 2013, but is the most explosive asteroid entry measured so far in 2018.
There have been no reports of damage from the blast, but some eyewitnesses reported hearing a loud sonic boom, according to the International Meteor Organization.
NASA estimates the meteor was moving at about 32,200 miles per hour (51,800 kilometres per hour) when it exploded about 16.7 miles (27 kilometres) above the surface of the planet.
Fireballs are a relatively regular occurrence, often coinciding with meteor showers.
The Chelyabinsk fireball from 2013 was by far the most powerful such event recorded in the last 30 years, but an even more powerful impact is thought to have happened in Siberia in 1908.
So why always Russia? Actually, fireballs are seen around the world, but since Russia covers about an eighth of the globe's total land mass, it just makes mathematical sense they're more likely to be seen there.