There she blows! The Kilauea Volcano Hawaii has erupted with extremely high levels of dangerous sulphur dioxide gas causing evacuations 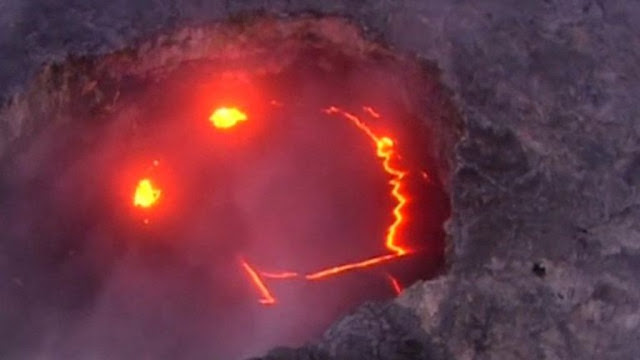 Photo BBC
After hundreds of earthquakes in Hawaii have shaken the eastern side of the Big Island, the Kilauea Volcano has erupted causing around 2,000 residents to be evacuated.
Earlier this morning The Big Wobble reported  "Residents should prepare": Hundreds of earthquakes in Hawaii leave authorities concerned a Kilauea Volcano eruption is imminent and so it proved to be.
According to the BBC, Mount Kilauea volcano has erupted near a residential area on Hawaii's largest island, prompting a local state of emergency and the mandatory evacuation of 1,700 residents.
Extremely high levels of dangerous sulphur dioxide gas have been detected in the evacuation area, the Civil Defense Agency tweeted.
Community centres have been opened to provide shelter.
The eruption follows a series of strong earthquakes over recent days.
A volcanic crater vent - known as Puu Oo - collapsed earlier this week, sending lava down the mountain's slopes towards populated areas.
xx