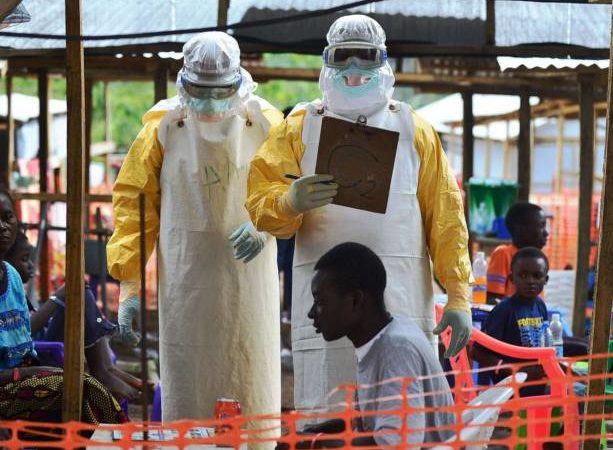 Photo nationalgossipblog.com
Congo's health ministry announced six new confirmed Ebola cases and two new suspected cases Tuesday as vaccinations entered the second day in an effort to contain the deadly virus in a city of more than 1 million.
Dozens of health workers in the northwestern provincial capital, Mbandaka, have received vaccinations amid expectations that some will be deployed to the rural epicentre of the epidemic. Front-line workers are especially at risk of contracting the virus, which spreads in contact with the bodily fluids of infected people, including the dead.
"In the next five days, 100 people must be vaccinated, including 70 health professionals," Health Minister Oly Ilunga said.
"The priority of the government is to ensure that all these brave health professionals can do their job safely."
Congo's health ministry said there are now 28 confirmed Ebola cases, 21 probable ones and two suspected.
The six new confirmed cases were in the rural Iboko health zone, it said.
Of the confirmed Ebola cases, 14 are in Iboko, 10 are in Bikoro where the outbreak began and four are in the Wangata area of Mbandaka.
The death toll from hemorrhagic fever stands at 27, with three of them confirmed as Ebola.
Two of the Ebola victims were nurses, one in Iboko and the other in Bikoro.
"Concerned about Iboko as access remains difficult," Dr Peter Salama, the World Health Organization's emergency response chief, said Tuesday on Twitter.
Roads in the region are unpaved and infrastructure is poor.
The WHO said 33 people received the first vaccinations Monday, including a few people in two communities of Mbandaka. More than 7,500 doses are available in Congo, WHO said Monday, and another 8,000 doses will be available in the coming days.
Allowing Congolese to watch health officials receive vaccinations is crucial, health worker Ezela Elange told The Associated Press.
"Our hope is that ... the sick will heal, the whole province will be healed," Elange said.
The vaccination campaign eventually will move to cover the two other health zones where confirmed cases have been reported.
A major challenge will be keeping the vaccines cold in this vast, impoverished, tropical country where electricity is patchy.