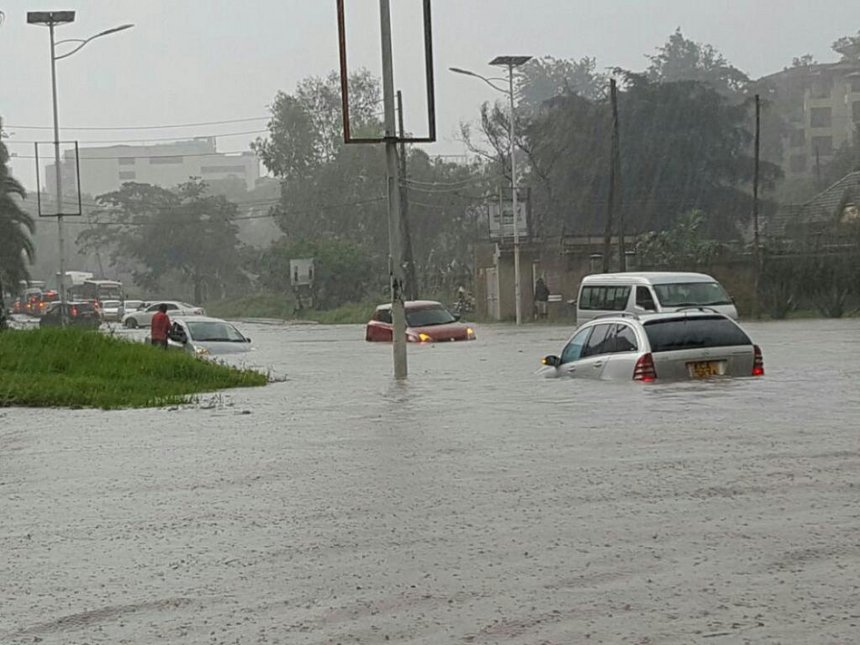 The Kenya Red Cross Society said Wednesday that it is providing emergency relief to more than 210,000 people impacted by rising flood waters that continue to wreak havoc in many parts of Kenya. Abbas Gullet, Kenya Red Cross Society Secretary General, said the torrential rains that started last month have destroyed homes and farms and washed away roads and other infrastructure.
"More than 210,000 people have been forced to flee their homes," Gullet said in a statement released in Nairobi.
"With heavy rainfall persisting, the flood waters will continue to pose a risk for thousands of people across the country.
Our staff and volunteers are working around the clock to ensure families in high-risk areas of the country are being evacuated to higher ground," he added.
The heavy downpours have paralyzed transport in several parts of the country with vehicles even being submerged with motorists have either been stranded for several hours or had to cut short their journey as routes are rendered impassable.
Some roads have been cut off making the transport situation in the country a nightmare.
This even as the weatherman indicates that the current weather pattern may persist.
The Red Cross said it is conducting search and rescue efforts, evacuating families in high-risk areas, providing basic health services and emergency shelter while delivering essential supplies like household items and water and sanitation in evacuation centres.
"The floods have been unforgiving.
Many people have already lost their lives, homes and livelihoods.
The situation remains dire -- Red Cross is doing what it can but there is much more to be done," Gullet said.
The Red Cross said it has supported a total of 5,000 families with emergency shelter and household items as response efforts continue across the most affected areas of the country.

For the first time in history, Kenya experienced one of the world's worst heat waves in January when temperatures hit more than 40 degrees Celsius (above 104 deg F) during the day in northwestern and northeastern parts of the country for the whole month of January Full story here.

Last May livestock farmers in Samburu County lost an estimated 18,000 heads of livestock swept away by flash floods following a heavy downpour in the county.
Livelihoods are now under threat in an area that has suffered the brunt of drought that has left hundreds of livestock deaths due to starvation.
Home