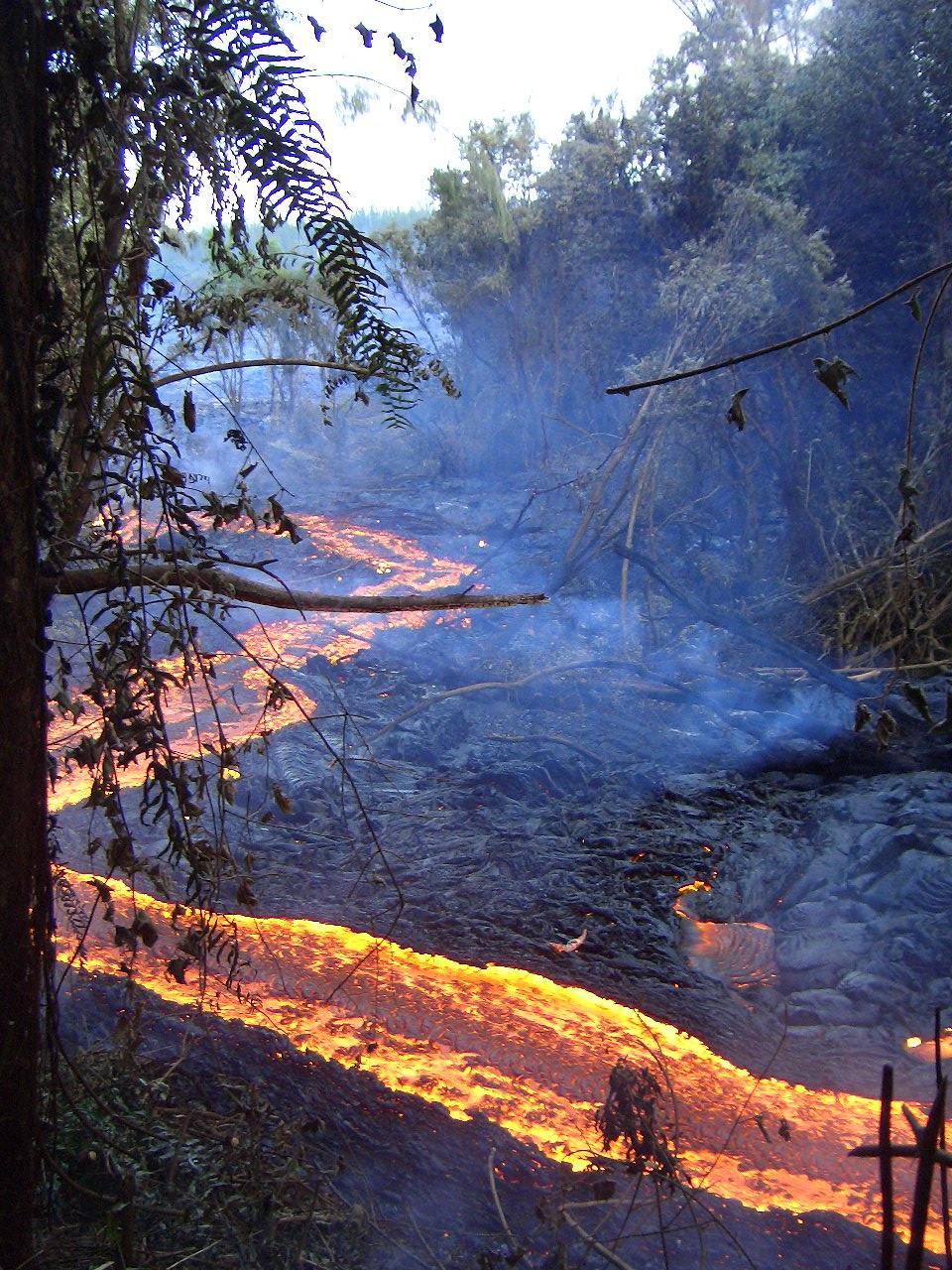 Photo Credit Wikipedia/2004 eruption
It's said to be one of the most active volcanoes in the world.
Le Piton de la Fournaise on Reunion Island in the Indian Ocean started spewing lava on Friday and continued into the weekend.
And there was a spectacular light show for those who ventured out.
One sightseer said: "My husband is Reunion, we come once or twice a year.
"I never had the opportunity to admire the show, and there as soon as I heard the noise we jumped in the car.
I am very moved and happy to be here.
I`'m tired but I will not sleep tonight."
This is the second time it has spewed lava this month.
In the last six years, the volcano erupted 15 times, each occasion attraction thousands of sightseers.