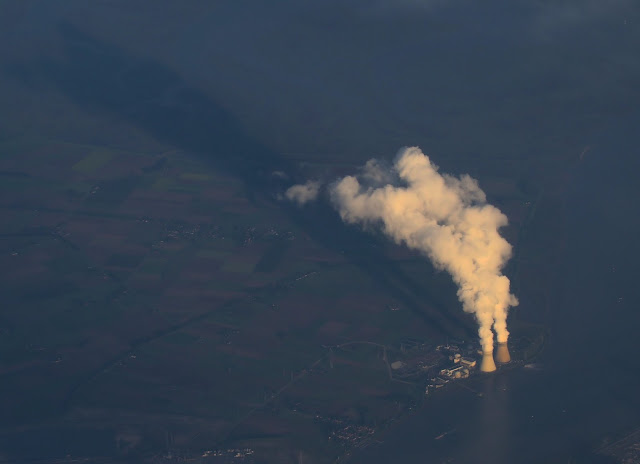 Photo snipview.com/Doel Nuclear Power Station
An unconfirmed report has been sent to The Big Wobble concerning a possible global catastrophe was kept quiet for almost a week as a Belgium as a nuclear power plant was dramatically shut down after damage to a cooling system.
Despite the fact that the incident occurred almost a week ago information of the near global catastrophe is only now being released by the Belgium government.
In Belgium, the main reactor of  'Doel Nuclear Power Station' was urgently stopped after a water leak from the cooling system.
Despite the fact that the incident occurred not less than five days ago, information about the threat of the accident was announced only on Saturday, April 28.
According to experts who examined the scene of the accident, the cause of the water leak from the nuclear reactor sector is not yet clear.
It is only known that the danger of a global catastrophe does not exist, due to the low volume of spilt fluids, and timely response dispatchers on the problem you experienced in the system.
However, in Belgium, public movements are already demanding intervention of the authorities in the situation.
Numerous defects identified in the systems of nuclear power stations Belgium, forcing ecologists to call for the elimination of such power plants in the country.
Faction "green" in the Parliament resulted in disappointing figures, which showed that the Belgian professionals are not always competent in safe work maintenance of nuclear power plants. Ecologists advocate the development of natural energy.