Australian birds hit by 'mysterious' illness: Scores of birds suffering from paralysis which makes it difficult for them to stand or fly 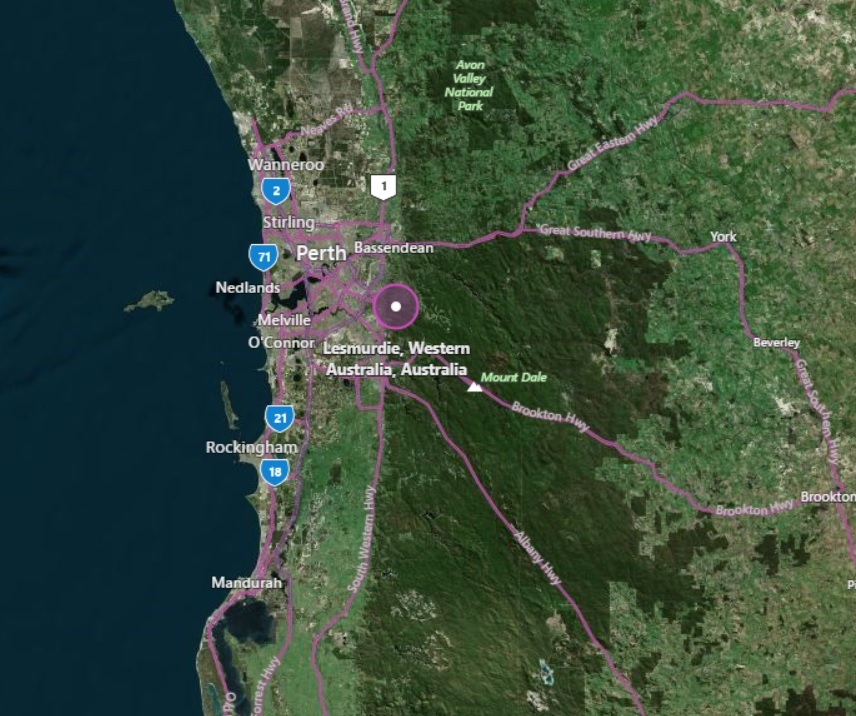 Photo Google Maps
Birds in Western Australia's Perth have been hit by a mystery illness affecting motor skills that continues to allude, scientists, a media report said.
Wildlife centres have received scores of birds suffering from paralysis which makes it difficult for them to stand or fly and leaves them less responsive, and weak in the legs and wings.
Investigators have identified symptoms similar to a neurological syndrome that caused mass bird death in New South Wales between 2003 and 2006.
Helen Riley from Kanyana Wildlife Rehabilitation Centre in Lesmurdie told the media on Wednesday that of the 14 cases she has seen only half had survived.
"People have brought in magpies that seem to be weak, not able to fly up to the trees and perhaps other birds have been attacking them," she said.
"We give them some fluids, possibly they need some pain relief that's also an anti-inflammatory.
A lot of it is rest, warmth, fluids and a good diet to bring them back up to scratch."
Some whose immunity was compromised did not do well and deteriorated rapidly leading them to be euthanised.
In Bibra Lake, 60 cases were reported.
The Department of Primary Industries, Regional Development and Perth Zoo are carrying out a series of tests.
Poisoning has not been ruled out, although it was unlikely as the affected birds do not share a "single geographical location".