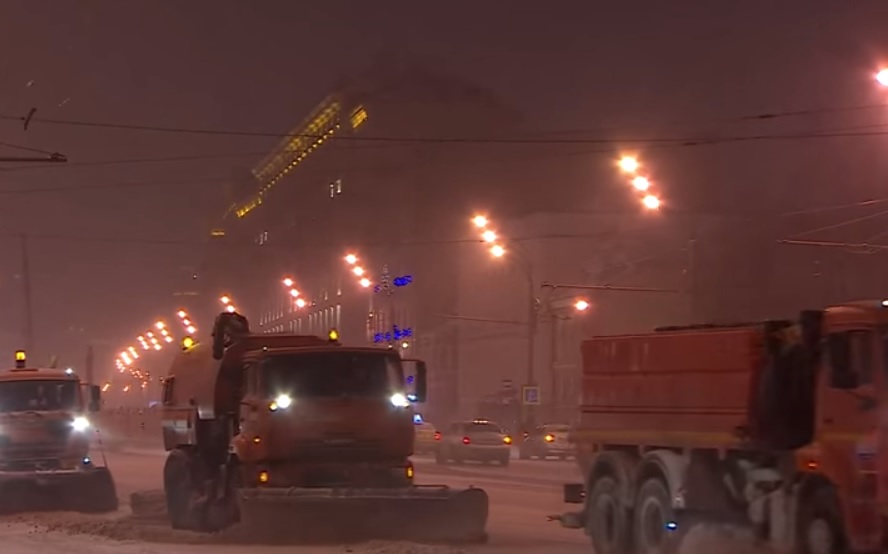 It's been named the "Arctic invasion" by Russian meteorologists
Record snowfall and freezing rain have battered Moscow, with roads sheathed in snow and travel disrupted.
Moscow has recorded the heaviest amount of snowfall in one day with more than the monthly average  38cm (15 inches) falling on Saturday beating the previous record in 1957.
The incredible weight of the snow toppled more than 2,000 trees across the capital.
Although the snow has now stopped the next extreme is due to arrive today as a very cold front moves in.
Moscow set another record in December when it recorded the least amount of sunshine seen in an entire month.
"The sun didn't come out even once for the entire month," said the weather website Meteonovosti.
According to Russia's main weather centre, the sun did shine for six minutes.
But normally Muscovites get dozens of hours of December sunshine.
Insane temperatures were recorded in Russia in January when in Russia's Yakutia region, temperatures dropped to an unbelievable -84F ( -64.4°C).
Temperatures were so low that thermometers froze and burst.
For the Yakutians, cold Januarys are normal, so life typically goes on.