Social breakdown on paradise! Holidaymakers in Jamaica warned not to leave their resorts as state of emergency declared after murders 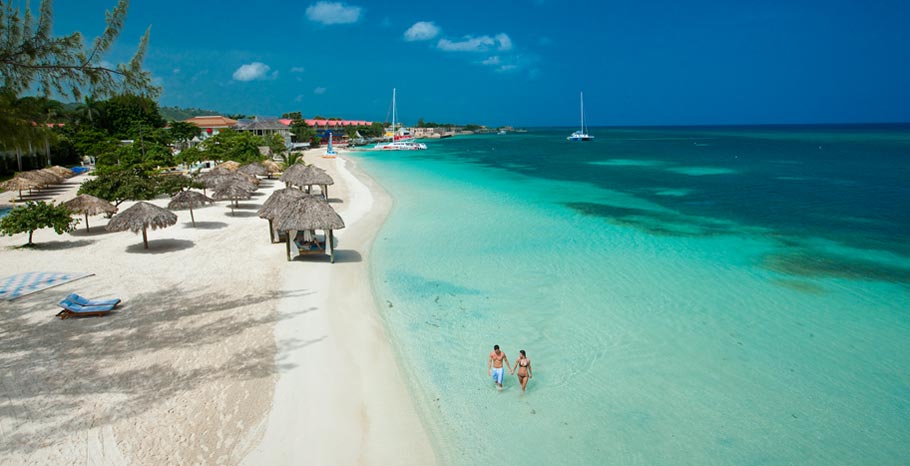 Photo planetden.com
A state of emergency has been declared in Jamaica following a rise in murder and violent crime. Holidaymakers in the north-west of the island have been warned not to leave their resorts and are urged to exercise caution.
Authorities declared a state of emergency in St James, which includes the popular tourist town of Montego Bay, prompted by an increase in killings that officials blame on gangs and lottery scams. There were six killings a week on average in St James last year while Jamaica has double the number of murders as Britain each year.
Police said businesses and recreational areas are under a temporary curfew and the state of emergency allows them to search areas without a warrant.
Authorities also have imposed a curfew in parts of St. Catherine parish located just west of the capital of Kingston.
Police said they are taking a zero-tolerance approach to crime while a major military operation is underway in parts of St James.
The Foreign Office says tourists should follow local `advice and 'exercise particular care if travelling at night'.
It adds: 'Travel to and from the airport or for excursions should be undertaken with organised tour operators, and transport should be arranged or provided by the resort hotels.'
Tourist are urged to avoid all demonstrations as they have the 'potential to turn violent and are often used by criminals as cover for robbery and theft'.
Prime Minister Andrew Holness said: 'Crime and violence in particular murders have been escalating in the parish of St. James.
'I have been advised by the security forces in writing that the level of criminal activity experience continued and threatened, is of such a nature and so extensive in scale as to endanger public safety.' Last year, 335 murders were recorded in St. James, which is twice the number of any other parish. Security minister Robert Montaque added: 'Any information you have, we need it.
'We need your full cooperation in moving forward in restoring peace and order so that the good people can continue to contribute to the well-being of Jamaica.'