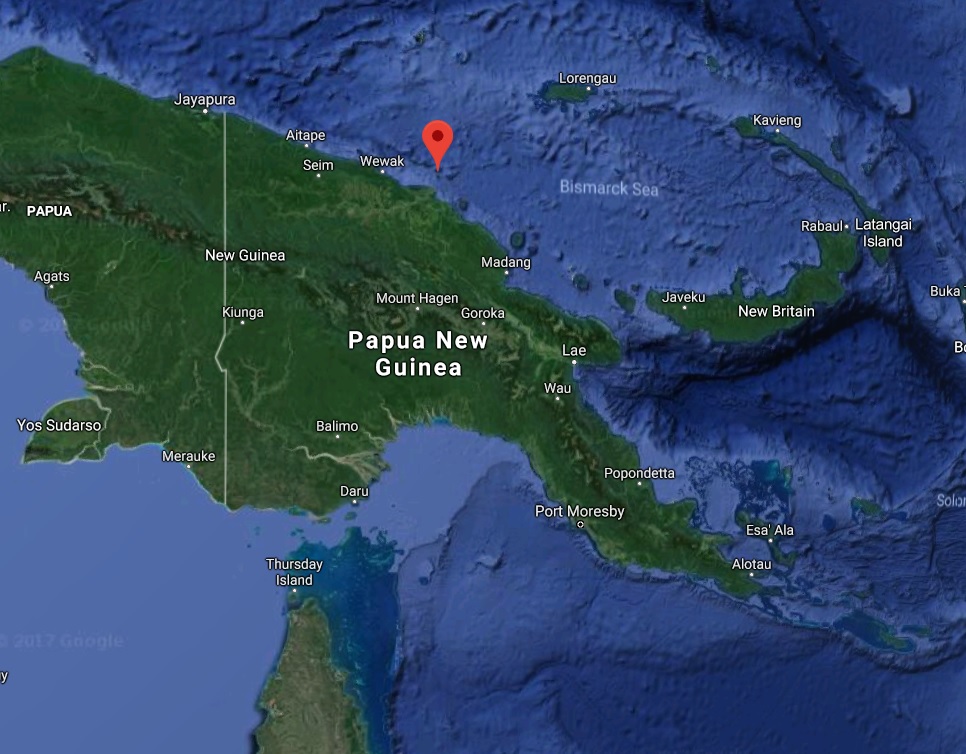 GoogleMaps
Two dinghies from Kopar village in Angoram district have been sent out to assist in evacuating the more than 500 people on Kadovar Island, East Sepik Province.
This follows the eruption of a sleeping volcano, which erupted at least 16 hours ago. 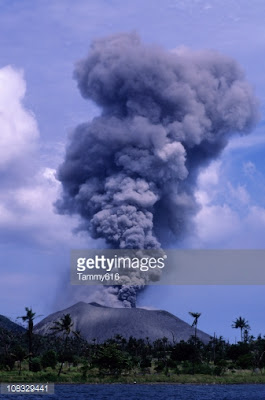 Kopar councillor Tom Kelly told this newsroom that the boats were sent out as soon as they noticed that something was wrong.
However, the boats are yet to return.Kopar is the nearest island - at least a thirty-minute boat ride to Kadovar. Kelly said at the moment, thick clouds can be seen from the island, and the clouds are darker and increasing at an alarming rate. He said they are yet to receive a response from the disaster office or government.
Kelly has offered to assist with more boats however, they are short on fuel.
Meantime, Wewak District Administrator Ricky Wobar said they are aware of the situation and are on it.
He said the district office is having a briefing with the provincial administration to send out a team to assist the people.
Wobar further stated that they will take into consideration the request of the Kopar councillor for fuel as well.
Meanwhile, according to a resident, Wewak islands and higher altitudes in the province are experiencing the effect of the eruption.
Places like Kairuru Island, Mt Uru in Yangoru and Woginara in the West coast of Wewak District are suffering thick clouds and dust.
Kairuru is not visible from Wewak and Mushu is covered by dust. Kadovar is a small island.
It is about 18 miles offshore, near the mouth of the Sepik River.