Ladies "SAFE-ZONE" for New Years Eve celebrations after migrants committed hundreds of sex assaults and robbery on horrific night in Cologne in 2015. 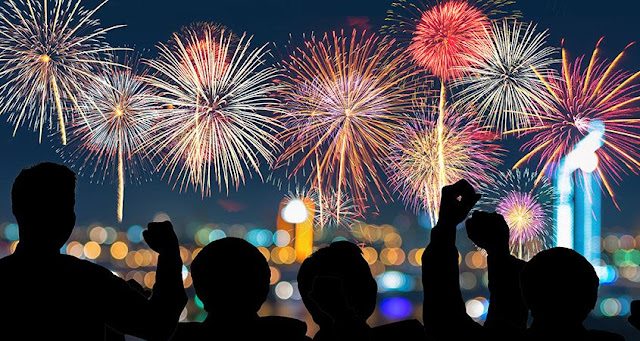 Photo cesarsway.com
Berlin's traditional New Year celebrations will take on a new twist on Sunday evening when a "safe zone" will be set up for women after a large number of assaults and robberies targeting women at Cologne's New Year's Eve celebrations two years ago horrified Germany.
According to the BBC, The new security measures planned for the Brandenburg Gate party come amid concerns about sexual assaults.
Hundreds of women reported being attacked by gangs of men with migrant backgrounds.
Women who have been assaulted or feel harassed will be able to get support at a special "safety zone", staffed by the German Red Cross, on Ebertstrasse.
Since the night in Cologne, all refugees are now viewed with suspicion.
According to The Local.de, hundreds of women that night described running a gauntlet of theft, groping and lewd insults in a crush of mainly Arab and North African men.
Other German cities reported similar incidents during their end of year festivities.
Cologne police reports later revealed that in some 1,200 complaints filed about the incidents, over 500 were for sexual assault.
Most of the perpetrators were never caught.
The assaults, which made global headlines, triggered a backlash against Chancellor Angela Merkel's open-door refugee policy and heightened concerns about how to integrate a record number of mostly Muslim newcomers into German society.