A mag 6.0 - 59km NNW of Finschhafen, Papua New Guinea is the second major quake to strike on this first day of December 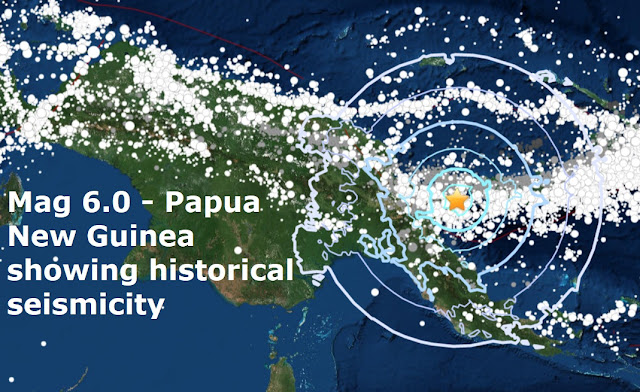 USGS
The first day of December 2017 has exploded into earthquake action with two major quakes.
A mag 6.0 - 59km NNW of Finschhafen, Papua New Guinea this morning followed a mag 6.0 which struck Iran earlier in the day.
Today's two major quakes bring the 2017 tally to 104 which is well below par as we are into the 12th month of the year, 2017 is almost certain to be the lowest year this century for major quakes.