North and South Dakota proclaimed a statewide fire and drought emergency: Extreme drought and late frost has destroyed millions of dollars in crops 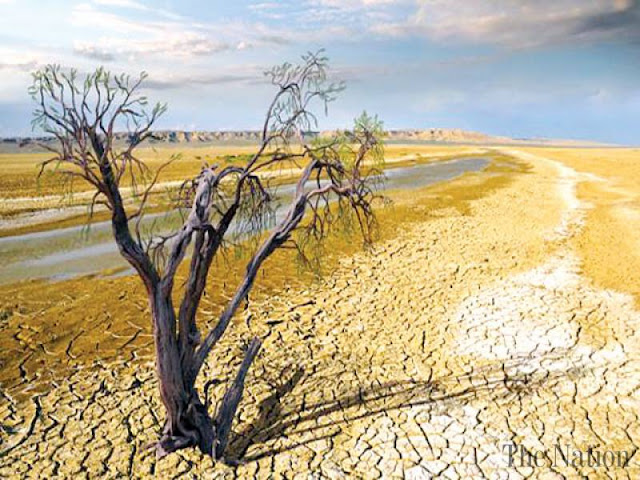 Photo The Nation
North Dakota Gov. Doug Burgum proclaimed a statewide fire and drought emergency Monday, ordering state agencies to "maintain high levels of readiness."
The executive order activates the State Emergency Operations Plan and authorizes the North Dakota National Guard to activate if needed.
Drought conditions and high winds have created a fire emergency in North Dakota.
The U.S. Drought Monitor report released last week showed 8 percent of the state in extreme drought, 32 percent in severe drought, 27 percent in moderate drought and 33 percent abnormally dry. The conditions have increased the fire risk for North Dakota, with 30 counties issuing emergency declarations, burn bans or other fire restrictions so far.
"These conditions present a serious threat to the health and safety of local area citizens and their personal property," Burgum said in a statement.
"Significant manpower and equipment will be required for response and recovery operations."
Last week, Burgum directed the Department of Emergency Services and other state agencies to coordinate drought and wildfire planning and response efforts.
The group met for the first time on Monday in a meeting that was closed to the public.

Last week a natural-disaster was declared in parts of South Dakota as severe drought and late frost has destroyed nearly $ 20 million in crops and counting.
The Hughes County Commission declared a natural-disaster drought emergency on Monday at their regular meeting, hoping it will unleash some federal and state funds to help farmers who have already lost wheat, hay and pasture-grass crops.The county's farmers have reported $16.85 million worth of crop losses, with 90.7 percent of those losses coming from the winter-wheat crop alone, which was planted last fall, according to assessments given to the five-man commission by Brian Stewart.Stewart is the director of the Farm Service Agency - the federal office that runs the farm program - in Hughes and Stanley Counties.The remaining 9.32 percent of the estimated losses come from spring wheat, alfalfa and pasture-grass crops, according to figures Stewart gave the commission on Monday.