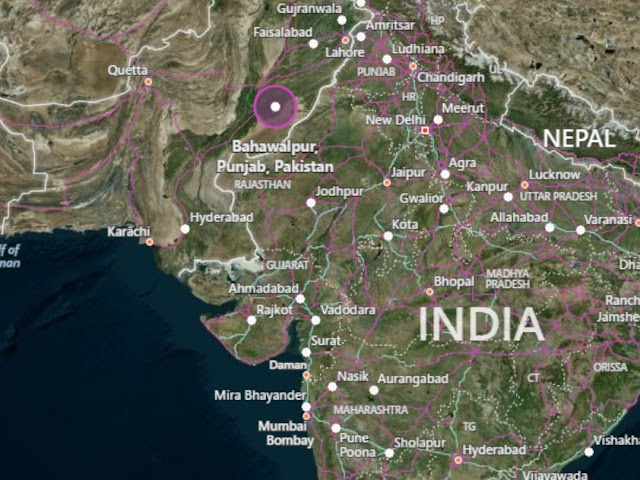 The BBC are reporting at least 123 people were killed when a lorry transporting oil burst into flames near the Pakistani city of Bahawalpur, local officials say.
A crowd had gathered reportedly to collect fuel leaking from the overturned vehicle when it caught fire.
Dozens are being treated in hospital.
Unconfirmed reports suggest the tanker had been speeding when it overturned. People smoking at the scene may have sparked the fire, Pakistan's Geo TV reports, quoting eyewitnesses.
The country's roads are notoriously dangerous, with poor vehicle maintenance and reckless driving contributing to the problem, correspondents say.