Almost 10,000 people have been evacuated after a months rain fell in just 6 hours in Guangdong Province China 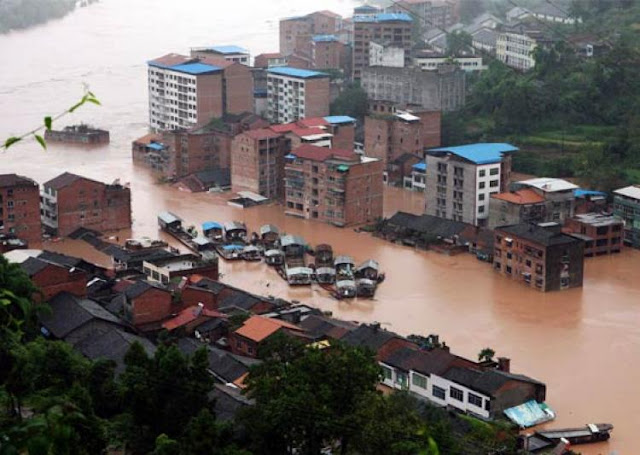 Photo indiatvnews.com
Almost 10,000 people have been evacuated after heavy rain caused major flooding in parts of Guangdong Province yesterday
As of 08 May, a total of 8,600 people have been affected with more than 2,800 requiring emergency resettlement.
Xinhua WMO reported 145.8 mm of rain in Guangzhou in 24 hours from 07 to 08 May which is more than the average total amount for May.
Most of the rain fell in a 6 hour period.
Other areas recorded up to 3 times the monthly average rainfall in 24 hours