A magnitude 6.8 Indonesia is only the 36th major quake this year: It's the lowest total since the early 1950's and the reversal unprecedented in modern history 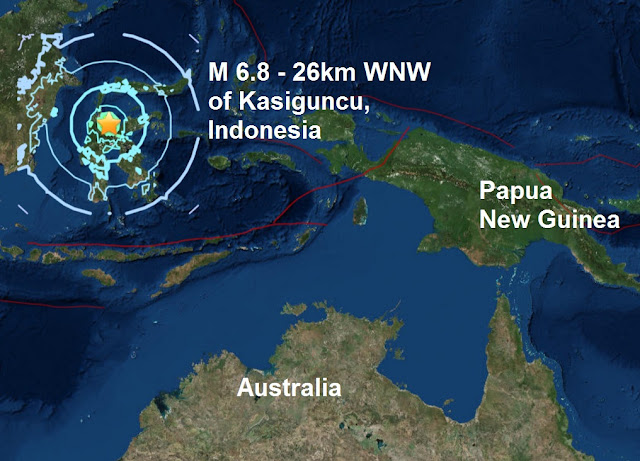 USGS
A magnitude 6.8 - 26km WNW of Kasiguncu, Indonesia is the 10th major quake of May but the incredible fact here is yesterday’s quake was only the 36th major quake of 2017 which is the smallest amount at the end of May since the early 1950’s…
At this point in 2011, the year of the Fukushima disaster 119 major quakes had been recorded
What makes this shortage of major quakes more astonishing is the fact major quakes have increased by more than 400% since the early 1900’s and what is happening this year is an unprecedented turn around.
What is happening is reminiscent of a stock market crash, it’s unheard of in decades, it’s a huge anomaly and it shouldn’t be happening but it is!
34 of this year’s major quakes are mag 6, to 6.9, with only two higher than 6.9, a mag 7.9 - Papua New Guinea being the biggest and a M 7.3 - in the Philippines.
Not one "expert" out there has predicted this, no one out there could have predicted this because its unprecedented.