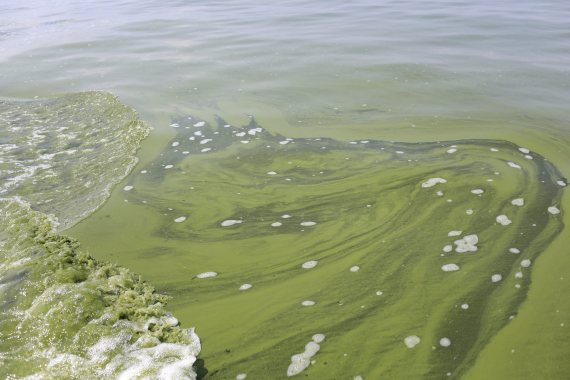 Photo huffingtonpost.ca
Dozens of sick and dying sea lions, seals, loons, pelicans and other fish eaters have been reported along the Pacific coast in Southern California.
Algae bloom has caused a spike in domoic acid, a neurotoxin that is passed from fish to their predators.
Domoic acid poisoning is at least partly to blame for the spate of sick marine life from Santa Barbara to San Diego, according to reports.
Fish eat algae then pass on the naturally occurring neurotoxin to its predators, causing seizures, brain damage and, in some cases, death.

"Right now, we’re averaging 30 animals on watch per day," said Samuel Dover, CIMWI's president, according to the Ventura County Star. Sea lions, dolphins, harbor seals, Guadalupe fur seals, elephant seals, loons, grebes, cormorants and brown pelicans are among the species that have been impacted, according to reports by RT.

Extremely large, dangerous algae blooms which kill fish, pets and is very nasty for humans have been reported across North America recently and are increasing from Canada to Southern California.
Although algae blooms apppear every year in US waters, scientists claim they are on the increase.

People who come in contact with the algae blooms - or ingest water contaminated by the algae - may experience skin irritation, a rash, a sore throat, red eyes, swollen lips, fever, nausea, vomiting and diarrhea.