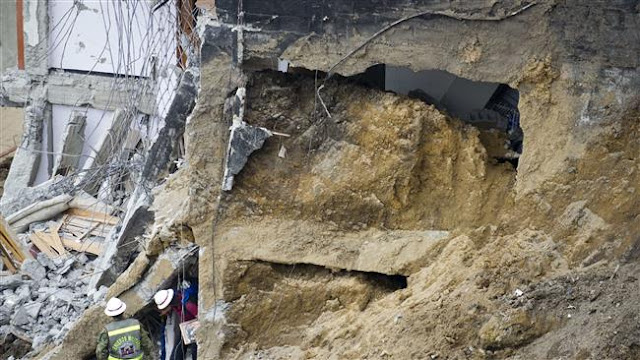 More than 400 killed last month in Columbia and Peru

On the fifth of April it was reported; The death toll from the landslides that devastated Colombia's southern city of Mocoa on Saturday had risen to 323.
The mudslides in Mocoa were caused by the overflow of three rivers passing through the city as a result of a heavy downpour on Friday night, which subsequently swept away several neighbourhoods. The National Institute of Legal Medicine and Forensic Sciences said in a statement that 323 people had died and so far 161 of the victim's bodies had been returned to their families.According to the latest report from the Colombian Red Cross, at least 323 people had been injured with around 250 still missing.Further south Peru's death toll from similar floods is at almost 100.