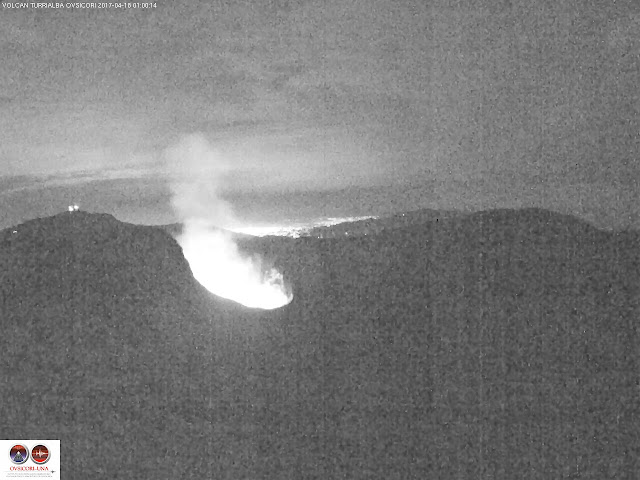 Photo OVSICRI
Turrialba volcano has recorded an eruption, in which an ash and vapor column spewed forth nearly 500 meters (1,640 feet) above the crater, according to the Volcanological and Seismological Observatory of Costa Rica (OVSICORI).
The activity is still active and the gusts of winds blow southward, according to OVSICORI, which reported that the eruption began at 07:51, local time and that it has been inactive for over a week.
In addition, some OVSICORI experts have today warned about , one of the most active in Costa Rica, and recorded an increase in seismic activity with a variable tremor at 20:22, local time, on Sunday.
Thus, both volcanoes have been recording frequent eruptions, some of them of great magnitude as the one on Friday, when the column of rocks, ash and vapors spewed forth four kilometers.

Last week a large group of tourists had to be evacuated today from the Poas Volcano Costa Rica due to the increase in the gases emanating from the volcano.