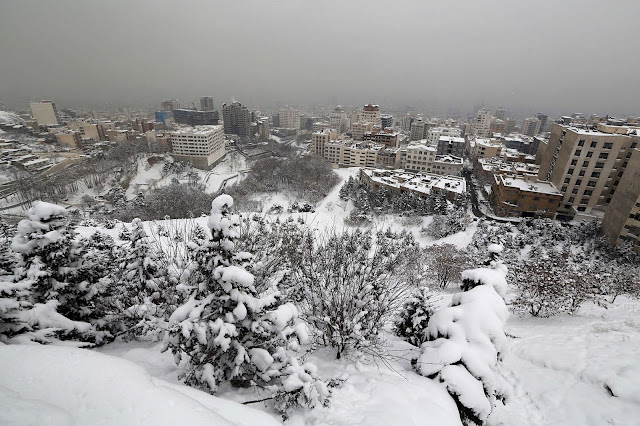 Nine people have been killed by avalanche in Iran as raging blizzard and snow storms has hit 24 provinces of the country over the past few days.
East and West Azarbaijan, Isfahan, Ilam, Alborz, Ardebil, Tehran, Chaharmahal and Bakhtiari, North Khorasan, Khorasan Razavi, Khuzestan, Zanjan, Semnan, Fars, Qom, Qazvin, Golestan, Lorestan, Kordestan, Kermanshah, Kohgiluyeh and Boyerahmad, Mazandaran, Markazi, and Hamedan provinces were struck by snow which began on January 25.
Some 29,000 individuals received rescue and relief services in 241 cities, towns and villages and 2,010 were accommodated, the Rescue and Relief Organization director Morteza Salimi said.
He added that 21 pregnant women were also rushed to the hospitals, Mehr news agency quoted Salimi as saying.
According to IRNA news agency out of the nine who passed away due to avalanche, four were porters smuggling goods across Iran-Iraq border in Sardasht, northwestern province of West Azarbaijan.
They were all pretty young aging 18, 21, 22, and 27.
Two of them were mountain climbers aging 47 and 32 who were killed by avalanche in Baneh, western province of Kordestan, and another 21 year-old guy also got killed in the avalanche in a village in West Azerbaijan Province. Additionally, according to Ali Mafakheri, governor of Sarvabad, Kordestan province, an avalanche in the area resulted in loss of two electricity company staff members.
Moreover it is predicted that snow, blizzard, and rain would continue through the weekend and affect almost all provinces except for southeastern provinces.