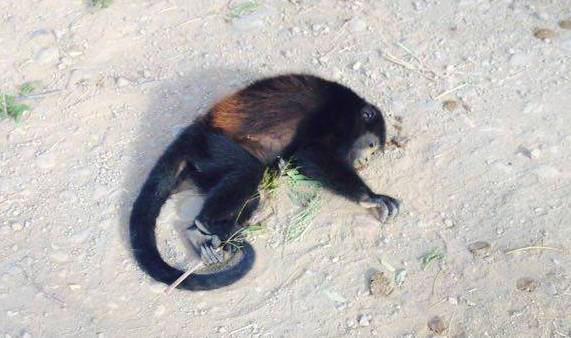 Photo Fusion
Yellow fever is thought to be behind the death of thousands of rare monkeys found in the rain forests of Brazil
The outbreak started last year in South America and has now spread to humans killing at least fifty people this year already.
The authorities have rushed vaccines to hospitals, where long queues await inoculation.
But there is no vaccine for monkeys who are dying en masse in Espírito Santo and Minas Gerais, the two states so far worst hit.
“Some 80 to 90 per cent of the brown howler monkeys are infected or have already died,” says Sergio Mendes at the Federal University of Espírito Santo in Vitoria, Brazil.
“This is a true catastrophe.
These outbreaks happen periodically, but this is the worst I’ve ever seen.”
Mendes knows of 400 howler monkey deaths in the state, and he believes this is likely to be only 10 per cent of the total, around 4,000 at least, with the greatest losses happening largely unseen in remote forested areas.

Something is killing howler monkeys in Nicaragua too and nobody knows what it is, although
Some conservationists speculate that the primates’ plight might be related to drought, food shortages or other environmental factors.
But one leading primate expert thinks the monkey die-off could be an early warning sign for something far more serious: a new viral outbreak.