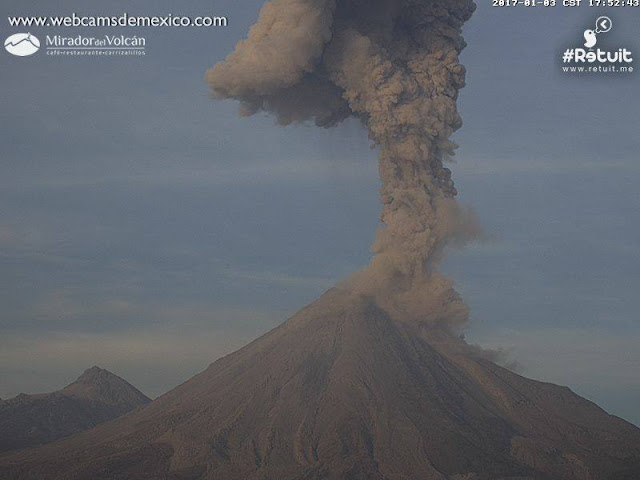 Photo webcamdemexico.com
Eruption Column exceeded 3 km on the crater; dispersion of ash towards Colima.
Another massive eruption as Mount Colima, Mexico’s volcano of fire spews ash and steam 3 km high the volcano known for its dominantly explosive nature, has been in near-constant activity since 1994.


Volcano Discovery claims Colima volcano is one of the most active volcanoes in North America and one of the potentially most dangerous ones. It has had more than 30 periods of eruptions since 1585, including several significant eruptions in the late 1990s. Scientific monitoring of the volcano began 20 years ago.