Massive blast of polar air set to move into Canada and the US this week: Extreme low temperatures expected 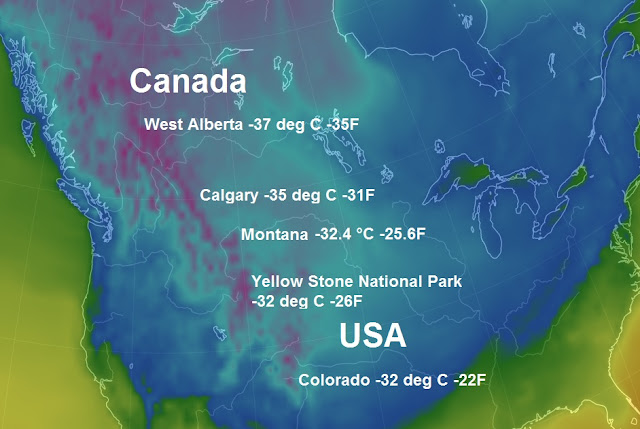 This week will see extreme cold moving into Canada and the US as a blast of frigid air moves in from the depths of the Arctic.
Temperatures humans should not have to endure will sweep Canada and the US all the way down to New Mexico. The coming days promise to be the coldest of the winter season so far. The coldest days of next week will yield highs and lows of generally 10-20 degrees Fahrenheit below normal from the Northwest and Rockies to the Gulf and East coasts. Departures from normal highs will even approach 30 degrees in Billings, Montana, and Denver, Colorado.

Even before the coldest air so far this season arrives, parts of the north-eastern United States will face bouts of slow and slick travel early this week.
The same storm coating the Midwest with snow to end the weekend will swing eastward into the Northeast by Monday.
“A major snowstorm will not evolve,” AccuWeather Meteorologist Renee Duff said. “However, enough snow will fall to cover grassy areas and cause slick road conditions.”


“This storm will spread some snow into Pennsylvania and into New England, making for some slippery conditions late Sunday night into the Monday morning commute,” AccuWeather Meteorologist Ed Vallee said.