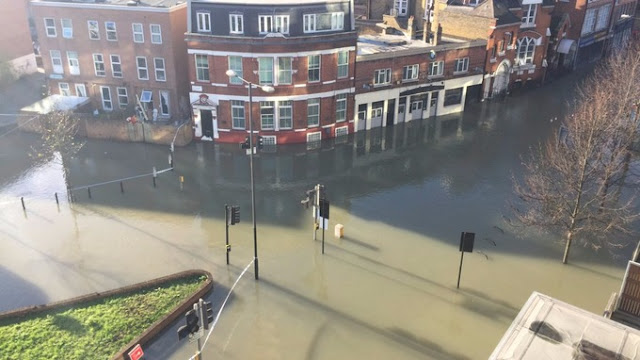 Hundreds of residents in London have been evacuated from their homes after part of the capital was left submerged under 3ft of water because of a burst water main.
Families in the Stoke Newington area of north London were forced to leave their homes just as they should have been sitting down for Sunday lunch.
It is the third burst water main to have hit the capital in just a week.
Images show water flooding the High Street as rescuers evacuate homes, including an apartment block.
Around 40 firefighters in half a dozen fire engines raced to the scene to try to prevent more damage and help residents.
People in Islington were similarly affected just a few days ago, while families in Blackheath were flooded yesterday. 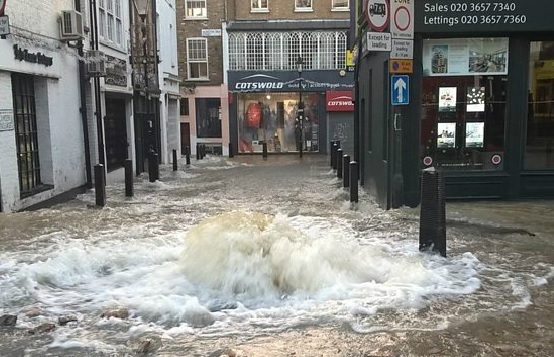 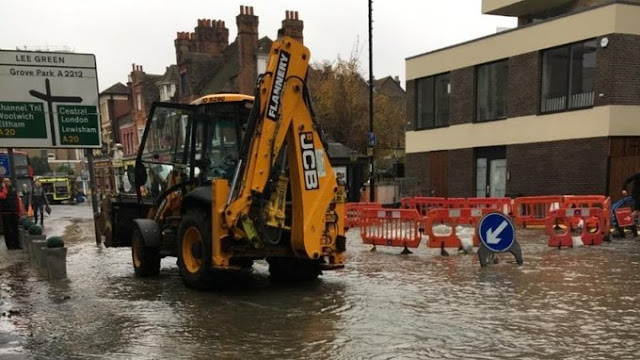 Thames Water said it had immediately moved to stop the flow of water in Stoke Newington, adding that they were not working alongside London Fire Brigade.
Thames Water Bob Collington said it was an extemely hard week and that he felt devastated for people who had been flooded so close to Christmas.
He said that Thames Water would be making sure no customer was left out of pocket as a result of flooding, adding that urgent investment was needed in London's ageing water pipe network, parts of which are more than a century old.
Mr Collington said he had ordered a full investigation to be carried out to find out what had gone wrong and to reduce the risk of similar events in the future.
Officers with the London Fire Brigade said that several basements had been flooded as a result of the burst pipe.
Meanwhile, station manager Nicol McCallum said that fire officers used inflatable boats to evacuate vulnerable residents and to help families to recover valuable possessions.
Sandbags were put down to try to divert water away from houses and businesses and to try to prevent further damage.