Breaking... At least 10 dead and over 50 injured in attack on Christmas market in Germany 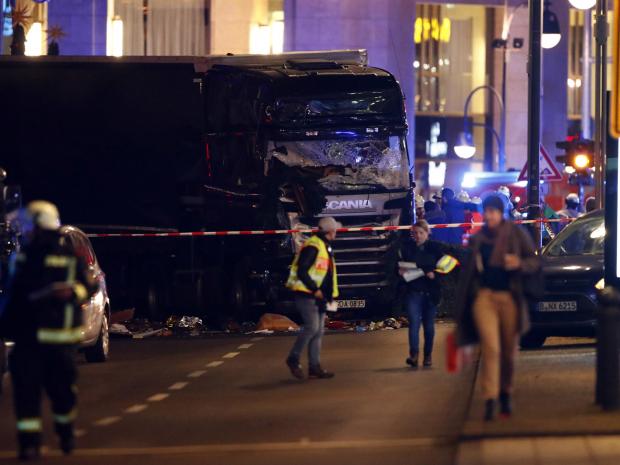 At least 10 dead and over 50 injured in attack on Christmas market in Germany
Berlin, a truck was driven on a sidewalk near the memorial church on Monday evening. There are reports of as many as 10 dead and over 50 people injured mirroring the attack in Southern France last year.


According to the police, the truck drove on a walkway near the Christmas market in the area around Kantstraße corner, around 8pm. The Budapest road is now fully closed. A helper has set up a collection point for relatives. The police have evacuated the Christmas market and blocks have been set up around the areas.
at December 19, 2016