Americans called to "educate themselves," after Water utilities have identified "56 new contaminants" in drinking water over the past two years, a list that includes dangerous substances linked to a range of health problems such as cancer, reproductive disruption, liver disease and much more 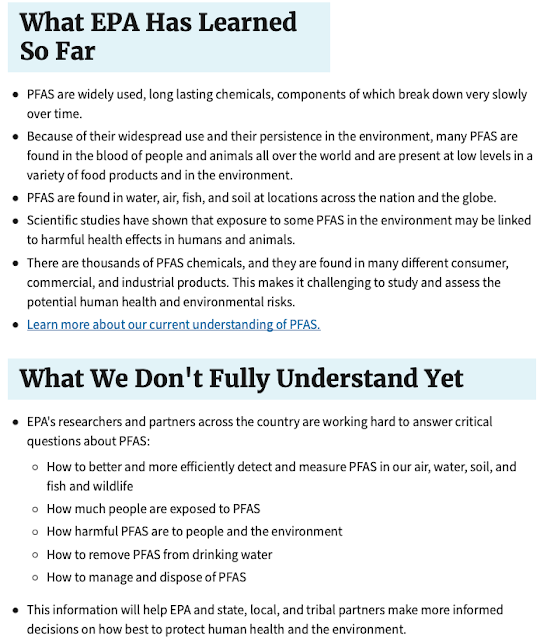 Pesticides, water disinfectant byproducts, and radioactive materials are among other substances identified by regulators. Though the new contaminant list is disturbing, it would be much longer if regulators and utilities were properly monitoring the nation’s water supply, said the EWG senior scientist Tasha Stoiber.

“It speaks to the fact that we don’t have nearly strong enough regulations in place to protect drinking water, and the regulation process is much too slow,” she said. “We’re testing for things that are already in our drinking water after the fact … and we’re not keeping pace with these "new" chemicals.

”The list includes some substances that have been in production and used for years, but are only now being monitored by regulators as their links to health problems become clear. Other contaminants include those that industry is only beginning to use in larger quantities.

Many of the substances were identified as part of the Environmental Protection Agency’s unregulated contaminant monitoring rule (UMCR), which is one of the first steps in the regulation process. It tracks chemicals’ presence in some water systems and its aim is to provide the EPA with a picture of how widespread a chemical’s contamination is before new limits are established.

Among other substances detected is HAA-9, a byproduct of the drinking water disinfection process. Regulators previously set limits for HAA-5, a contaminant in the same family that was found to cause health problems. The industry claimed HAA-9 was safe, but recent studies linked it to a low birth rate, so the EPA is beginning to track it.

However, setting limits can be a lengthy process, and the EPA has failed to set a new limit under the UMCR in the 20 years since the rule was implemented. The agency found what Stoiber characterized as “eye-opening” levels of PFAS compounds in 2013 yet is aiming to set water limits for just two kinds by next year.

Other contaminants in the new list were detected by states that are moving to put stricter regulations in place for chemicals, like PFAS. In the meantime, there’s little that people can do beyond educating themselves about which contaminants are in their water system, buying filters, and advocating for stronger regulations.

EWG’s database allows users to search for contaminants in water systems by zip code, and it provides a guide on which chemicals water filters can remove.“Everyone can be educated,” Stoiber said. “Contact the local utility, ask them questions about what they’re doing … and push for stronger regulations that protect people’s health.”

Dear Gary and readers of the Big Wobble,
As an Alaskan that has not trusted what the powers that be, I filter 100% of my water even from my hand pump well or the river. I recemond the water filter by Berkey. the last i knew it was the number one filter used by the Red Cross around the world. this is just some of the junk these filters can remove.
Scientifically tested and proven, Berkey Water Filter have microfilaments that can filter sediments and remove turbidity that is caused by chemicals and disease-causing microorganisms such as bacteria and viruses.

With now sheding from the jab being a new problem in our water i think this will be a much needed have to. i do admit I am just a musher and not an expert but will all the other stuff my paperwork says these filters help with it may well be worth a look see! and for the record i do not make any money from pushing this product that i have for several years.
And thanks again for the article that sounds an alarm that most just do not ponder. Thats all from Alaska for now, just me, Laughing-Bear

Hi, thanks for that Bill.

Love and prayers from Holland!