"Unlike anything they're accustomed to seeing!" An intense winter storm is rapidly developing over southern Canada, forecast to move into the Midwest of the United States and reach the Southeast states by Friday with another waiting in the wings and set to follow 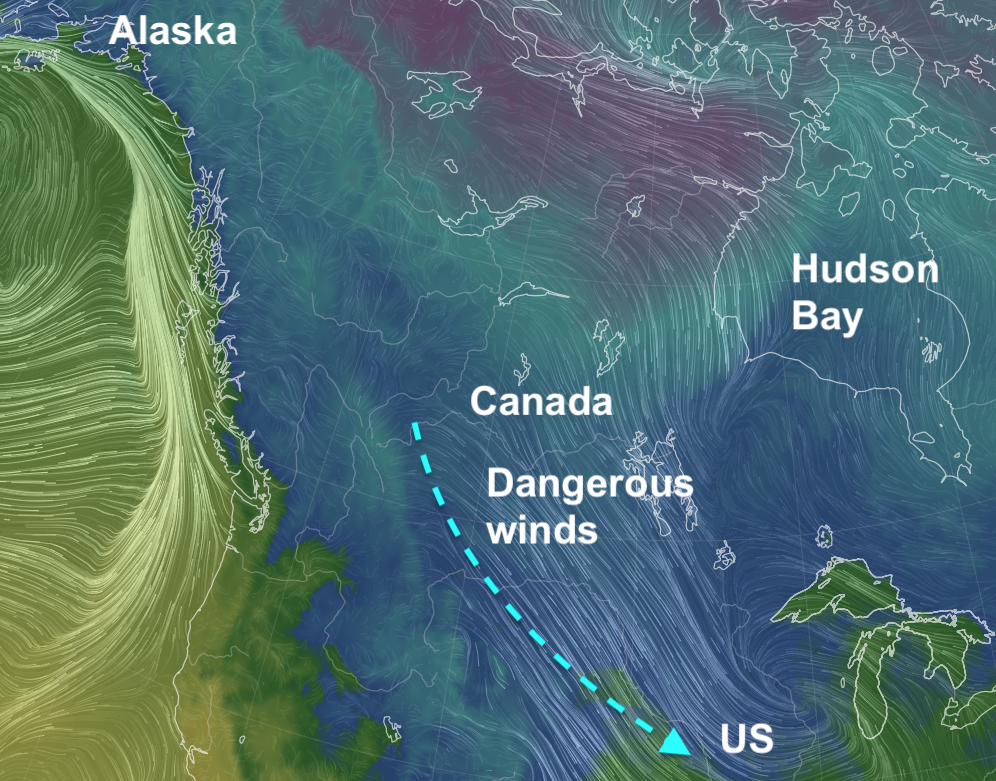 An intense winter storm is rapidly developing over southern Canada, forecast to move into the Midwest of the United States and reach the Southeast states by Friday. The severe wind event will spread across the Northern and High Plains tonight into Thursday, followed by an Arctic cold blast towards Florida and the East Coast by the coming weekend according to Severe Weather Europe.

Extreme winds wreaked havoc all over southern Alberta on Wednesday as a wind warning was in full effect. The windy weather started in the early morning hours and carried into the rest of the day. Hundreds of Lethbridge residents experienced power outages. There were also downed trees, damage to several buildings and debris flying around the region. "I see there's a lot of shingles ripped off, I went for a walk - a short walk to take those pictures - and then coming back, I had to walk right into the west wind and it was brutal," said Brent Kunz, a Taber resident. Kunz added that despite living in a windy region, the weather conditions he and his family experienced on Wednesday were unlike anything they're accustomed to seeing.

The powerful windstorm has left many homes in the dark around Metro Vancouver Wednesday morning. About 100,000 customers had been without power in the Lower Mainland, Vancouver Island, the Gulf Islands and the Southern Interior after strong winds caused extensive damage, according to BC Hydro. The hardest-hit areas are Abbotsford, Victoria, and Vernon.

Yet another winter storm event is setting up over the Upper Midwest on Thursday and Friday, associated with a strengthening upper trough emerging from southern Canada. A High Wind Warnings have been issued over Montana and portions of the Northern and Central Plains of the United States. Severe damaging winds are likely to develop across a broad swath along and especially behind the moving cold front rapidly spreading south-southeast through Wednesday night according to Severe Weather Europe.