BLM is alive and kicking in Europe 2021: Police in Belgium made 116 arrests after a demonstration in Brussels over the death of a young Black man who collapsed while in police custody turned violent: Protesters threw projectiles, set fires, damaged street furniture and police vehicles. 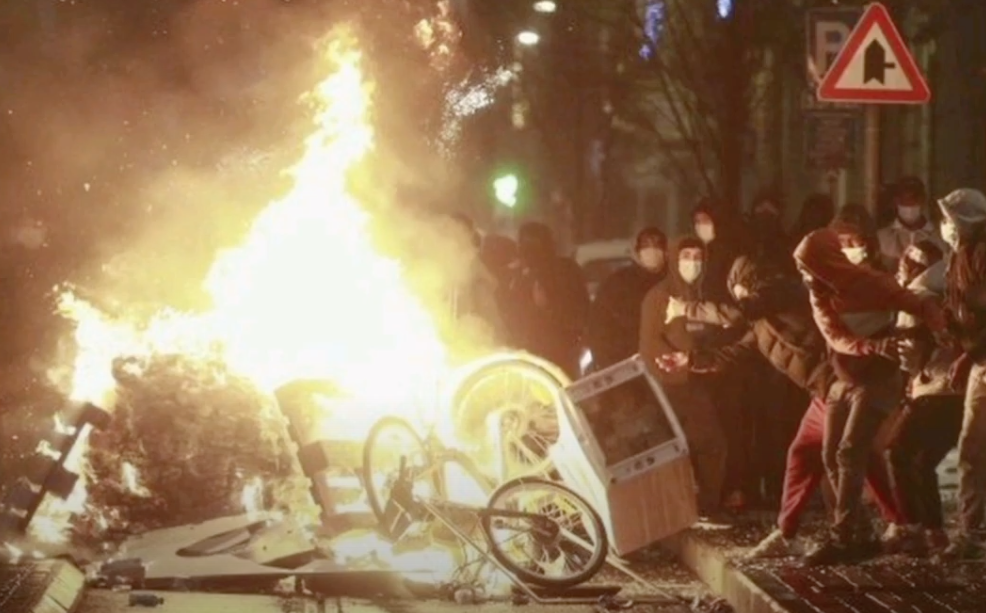 Hundreds of people rioted in Brussels on Wednesday night over the death of a 23-year-old in police custody at the weekend. Video from the scene shows King Philippe's car being hit by projectiles as it passed through the area.

According to a police statement, protesters threw projectiles, set fires, damaged street furniture and police vehicles. They also smashed a window and a door at a police station. In all, 116 people were arrested, including 30 minors, and one protester was tended to by ambulance services, police said. "Justice must bring to court those who have vandalized and have injured five policemen, including a policewoman who is hospitalized," federal police captain Marc De Mesmaeker told broadcaster RTBF on Thursday.
"This must be done with care, just as the other aspect of the event, the tragic death of Ibrahima, must be treated with care." Belgian prosecutors have requested that an investigative judge be appointed following the death of a 23-year-old Black man identified by authorities only as I.B. The prosecutor's office said he was arrested on Jan. 9 after he allegedly tried to run away from police who were checking people gathered in the city centre despite COVID-19 restrictions on social gatherings.
He was taken to a police station where he fainted, and then transferred to a hospital, where he was pronounced dead, the office said. The prosecutor's office said Belgium's Comite P, an independent body overseeing police services, is investigating and a coroner has been appointed to perform an autopsy as well as toxicology tests. Belgian media reported the man had started to record the police with his phone on Saturday when officers decided to carry out an ID check on him. The prosecutor's office said it has seized video surveillance images, both from the police station and at the scene of the man's arrest.
at January 14, 2021