As Covid-19 stole the show in 2020 another drama unfolded with a record equaling hottest year ever; the hotest decade ever recorded and the 6 hottest years in the past 6 years! And don't hold your breath for a brighter future, just 2 weeks in and 2021 is already a nightmare developing 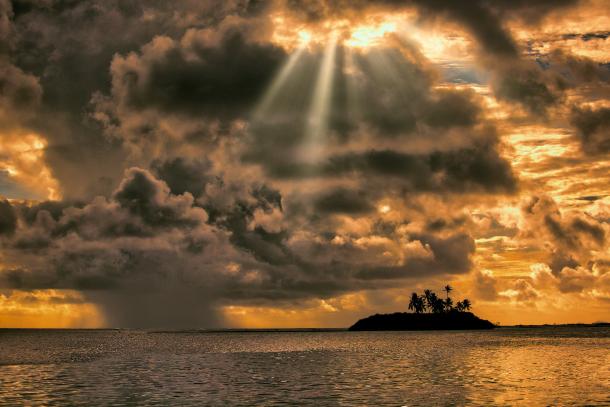 If you're looking for a brighter future in 2012, don't hold your breath. Credit WMO

2020 tied with 2016 as the hottest year on record, this was despite a La Nina event which should have caused a cooling effect. 2011-2020 was the hottest decade ever recorded and the six hottest years ever have been in the past six years and this trend is set to continue because of heat-trapping greenhouse gasses in the atmosphere. This heat will render previous thriving communities to become unlivable and cause the deaths of an untold number of wild animals and insects. The wildfires in Australia and California are two examples of this scenario in 2020, as well as the record-breaking 2020 Atlantic season when the New Orleans, for instance, suffered seven hurricane landfalls. These unlivable areas will escalate in the coming years no doubt.

Ocean heat is at record levels with more than 80% of the world's oceans experienced a heatwave in 2020 causing catastrophic consequences including death to billions upon billions of marine wild-life and sea birds.

Ice and glaciers continued their long-lasting retreat and northern Siberia saw a record temperature of 38 deg c, (100.5 deg F) causing massive wildfires and more devastation to the wildlife there.

Will 2021 be any better, don't hold your breath the first two weeks have been colossal.

So what does 2021 hold, well, after just 13 days of 2021 we have seen the most intense storm ever recorded smash into Alaska’s Aleutian Islands chain on Jan 1st with a ferocity seen only in the blockbuster movie, "The Day After Tomorrow." “It’s the most intense storm ever recorded in the North Pacific, excluding typhoons,” said Brian Brettschneider, an NOAA research scientist with the National Weather Service. The centre of what forecasters refer to as “bomb cyclone” was measured at a "record-low barometric pressure of 921 millibars," equivalent to the eye of a Category 4 hurricane and the lowest documented over the Aleutians as far back as the 1950s, Brettschneider said.

The storm unleashed seas as high as 54 feet (16.5 meters) and winds topping 80 miles per hour (120 kph) - a force of Category 1 on the Saffir-Simpson hurricane wind scale - in the western Aleutians, the weather service said.  TBW

Storm Filomena swept across the peninsula on Thursday the 7th, bringing heavy snow to much central and northern Spain and torrential rain in the south. Andalusia experienced torrential rain with up to 100 litres per square metre recorded in the province of Cadiz while strong winds grounded flights in the Canary Islands. The lowest ever temperature in Spain was recorded in the Picos de Europe in Leon province where the mercury dropped to minus 35.8ºC, (-34 deg F) beating the previous record of -34.1ºC registered in the Pyrenees the day before.

People in central Spain are still struggling as the deep freeze following the weekend's heavy snow, has brought treacherous conditions. At least seven people have died due to the weather. The temperature plunged to -25C (-13F) in Molina de Aragon and Teruel, in mountains east of Madrid - Spain's coldest night for at least 20 years. Deep snow left by Storm Filomena has turned to ice, disrupting transport. There has been an extraordinary quantity of snow and ice for Spain, where winters are usually quite mild.

Meanwhile, less than a 1,000 miles East of Spain, Greece was enjoying a 26 deg C, (79 deg F) heatwave with people flocking to the beach with the first hint of summer during the Covid-restrictions and who could blame them?

You would expect snow in Sweden in the winter but the country is experiencing severe weather conditions, with blizzards, floods, icy roads and avalanche warnings reported around the country. The Swedish weather service SMHI issued the highest Class-3 warning, the first in a decade, as 60 centimetres of snow fell in the Norrland region in the country's north. The Class-3 warning for extreme weather signals potentially dangerous conditions that could cause widespread damage and major disruptions to public services as well as significant traffic problems.

In Japan, at least 13 people died and around 250 were injured as record snowfall blanketed regions along the Sea of Japan coast, according to the latest report by the Fire and Disaster Management Agency. In addition, the bedlam caused by the snowfall that hit wide swathes of Japan also saw more than 1,200 vehicles on the Hokuriku Expressway in Fukui Prefecture stranded during a blizzard recently. Meanwhile, on the Tokai-Hokuriku Expressway in Toyama Prefecture, more than 200 vehicles were stranded in heavy snow, while 250 people became stuck on Niigata Prefecture's National Route 8. Records tumble; The JMA said more than 10 monitoring spots in regions along the Sea of Japan set snowfall records for 72 hours until late night on Jan. 10 during the current cold snap.

Pacific Ring is on fire!

Not to be outdone of course Covid-19 has exploded in the first two weeks of 2021 as we approach 100 million cases and 2 million deaths around the world and many countries suffering their worst peak since the pandemic began back in 2020. What we will see in 2021 is more job losses as businesses fold with millions of people in financial difficulties facing eviction from their homes and dealing with poverty and famine.

Avian flu has been rampant in the first two weeks of 2021 with millions of birds slaughtered as the disease tightens its grip in Europe, Asia and India and has actually transmitted from bird to human in China.

The US and the UK going backwards.

And lastly and probably the most important issue we Westerners are facing in 2021. The great divide in our democratic political system. It is fractured, old and in need of a review after the terrible year the US has had with left-wing, Antifa and BLM groups rioting in major cities throughout 2020 and now the far-right, Proud boys, Qanon and MAGA groups storming the US Capitol last week, with the FBI expecting more problems at next weeks Presidential inauguration.

2021 saw the UK's right-wing Tory party finally unravel its self from the tentacles of a left-wing European Parliament however not everyone in the UK is happy with the result leaving Scotland and Northern Ireland screaming for independence from the UK which would be a disaster for Westminster taking Britain back to May the 1st 1707 When England and Wales came into a treaty of union with the country of Scotland.

Should the US further fracture in the coming months resulting in a civil war that would take them back to the dark days of 1861. If Scotland and Northern Island win independence from the UK the Western world will be sitting ducks for the Russia, China, North Korea and Iran world-conquering coalition?

Accept Jesus Christ as your savior before it is too late. The anti-christ is coming & do not give in to a one world government, one world religion, one world financial system, the bible says so, You will have to suffer if you don't conform to live in the beast system, do not ever renounce Jesus Christ as being the true son of God.Amen, God Bless.

Hey Gary,it has been a while since I posted anything, my wife's father died, he was 92 years old & still strong, believe it not,in my opinion he was lonely, felt abandoned, cutoff from love during the pandemic restrictions, he was living at an assisted living home, no visitations & closeness to show love & support from his wife, kids, & grandchildren. He did not die directly from covid, isolation did him in.

Sorry to hear about your loss Melly, stay safe buddy.