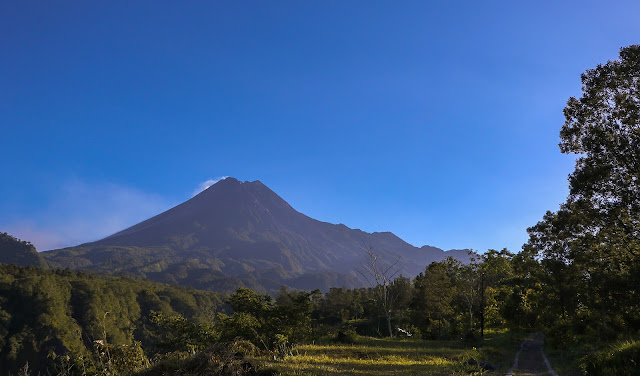 A volcano in Indonesia's East Nusa Tenggara province erupted on Sunday, spewing ash and smoke as high as four kilometres into the sky and forcing more than 2,700 residents to seek refuge, the country's disaster mitigation agency said. Indonesia has nearly 130 active volcanoes, more than any other country, and while many show high levels of activity it can be weeks or even months before an eruption.

Raditya Jati, a spokesman for the agency, said in a statement that the eruption from the Mt. Ile Lewotolok volcano, about 2,600 kilometres east of Indonesia's capital of Jakarta, had caused panic among those living nearby. About 2,780 people from 26 villages had sought refuge, although no casualties have so far been reported, Jati said.

Indonesia's Volcanology and Geological Hazard Mitigation Center said on its website that the area near the volcano is likely to be inundated with "hot clouds, lava stream, lava avalanche, and poisonous gas". Kasbani, the head of the centre, told Reuters that the status of the volcano was raised to the second-highest level on Indonesia's four-tier alert system due to "increasing threats". There are only three other volcanoes with this level, the agency said.

These include the Merapi volcano on the island of Java and Sinabung on Sumatra, which erupted this month. Indonesian authorities raised the danger level for the volatile Mount Merapi volcano on the densely populated island of Java on Thursday and ordered a halt to tourism and mining activities. Indonesia's geological agency raised Merapi's alert level, which had been at the third-highest level since it began erupting last year, to the second-highest level after sensors picked up increasing activity.

"This condition can trigger a magma extrusion process or an explosive eruption," National Disaster Mitigation Agency spokesman Raditya Jati said in a statement. He said authorities have halted the climbing of Merapi and mining activities along its rivers. Only disaster agency personnel and researchers will be allowed to enter the restricted area. Merapi spewed ash and hot gas in a column as high as 6 kilometres (3.7 miles) into the sky in June, but no casualties were reported. Its last major eruption in 2010 killed 347 people and caused the evacuation of 20,000 villagers.

The 2,968-meter (9,737-foot) mountain is about 30 kilometres (18 miles) from the Yogyakarta city centre. About a quarter-million people live within a 10-kilometre (6-mile) radius of the volcano, according to authorities in surrounding districts. The head of Yogyakarta's Volcanology and Geological Hazard Mitigation Center, Hanik Humaida, said villagers living on Merapi's fertile slopes are advised to stay 5 kilometres (3 miles) from the crater's mouth. Indonesia, an archipelago of more than 250 million people, sits on the Pacific "Ring of Fire" and is prone to earthquakes and volcanic eruptions. Government seismologists monitor more than 120 active volcanoes.