To really understand something is to be liberated from it. Yet, how can we liberate ourselves from our vain attempt at global progress which has, in all intents and purposes destroyed the very place we live in? 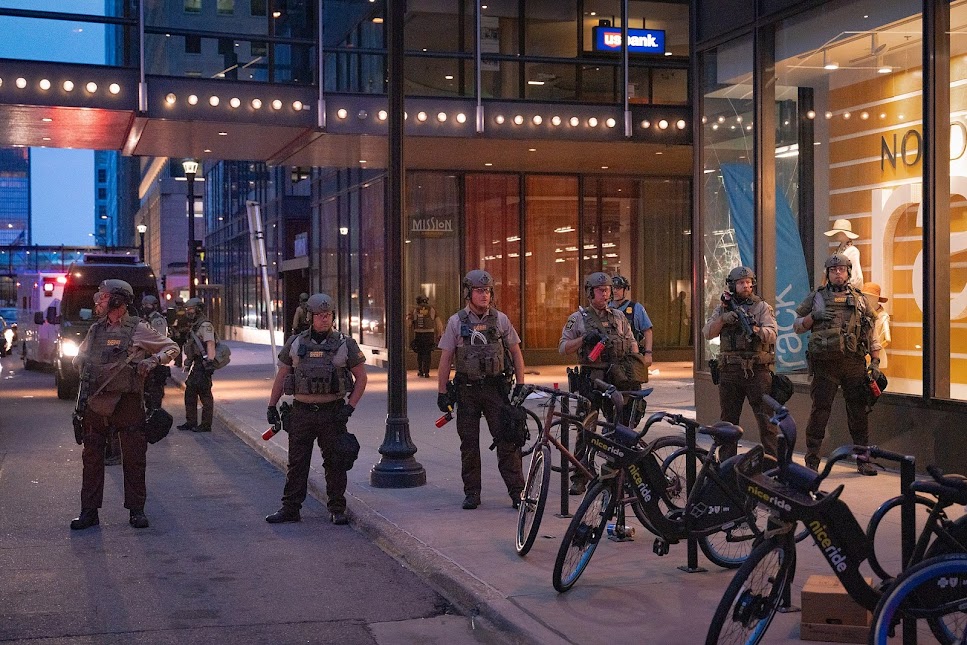 The ugly face of 2020, credit Wikipedia.

I read somewhere, to really understand something is to be liberated from it. Yet, how can we liberate ourselves from our vain attempt at global progress which has, in all intents and purposes destroyed the very place we live in? Our world is collapsing, an implosion on a scale unimaginable.

And our environment is collapsing just as severely as our society. Our resources are dwindling at an alarming rate. Billions of animals have been lost this year to wildfires, drought, heat, cold, floods, disease, neglect, over-farming and natural disasters. Many millions of birds are dying around the world due to lack of food, lack of fish and insects.

Crops are failing on a Biblical scale across the world from the same reasons above. We are beginning to see many areas of the world becoming impossible to live in, areas which for years have been heavily populated and teeming with life and vegetation, but, are now, for certain parts of the year at least "unlivable," mainly due to extreme weather events.

To make matters worse the Coronavirus has hit the world hard, however, somehow, it hit the West even harder. The virus has birthed a new pandemic which has already taken root and is quickly spreading its tentacles around the world. This new pandemic did not start in China, this pandemic started in the West, in America of all places. The new pandemic is called civil disorder and will hit us all much harder than covid in the months to come.

Dark forces are at work and infecting people with hate on an unprecedented level. Violence, hatred and ugliness are spewing forth from people who have been dumbed down for years, a silent pent up anger has been boiling up inside people and Covid-19 has brought that anger to the surface. We are not fighting flesh and blood but evil in high places.

Water and food insecurity will hit next as millions of jobs are lost and the hard-working people of our society, the honest people find themselves homeless and out on the streets. They are the victims of democracy and plutocracy. Our banking system fat and bloated from an 8.5 trillion dollar bailout in 2008 paid by the very people who they are now refusing to help. Democracy is killing the poor but socialism is protecting the rich.

While there should be enough for everyone, the obese are being fattened up by the undernourished. For the few, plundering the poor has become a way of life.

“When plunder becomes a way of life for a group of men in a society, over the course of time they create for themselves a legal system that authorizes it and a moral code that glorifies it.”

This is what has happened here in the West. The rich and the poor have become different species.

However, just as the invention of the printing machine in 144o took away knowledge from the few and gave it to the many, so is the internet educating billions, learning what we are being told by our leaders, is really what we should be opposing and so, this is where we find our world in 2020, the poor are learning to fight back only to find there is nothing left to fight for.

Billionaires and millionaires populate cities where poor uneducated people roam the streets in abject poverty, homeless, shoeless and toothless, their only interest in life is to find their next high. An obesity pandemic has hit the dumbed-down poverty-ridden lower class, blissfully unaware their lifestyle is an early death certificate.

The fat and greedy have plundered everything and now the people are saying enough is enough. The internet is teaching the poor, teaching radicals, militants, anarchists, the terrorists and rebels alike.

We have arrived in a strange world where businesses are closed but open to looters: We punish the cops but not the anarchists: We are not allowed to visit our dying elderly, but we are allowed to fly on a crowded jet. We can't go to a ball game but we can go to a political rally.

An uprising is here and will explode after the American election, an explosion which will reverberate around the world like a massive earthquake as we the people enter a brave new world.

Well though out and worded Gary. The time has come to stand and be counted. The outright deception and cover up of Hunter /Joe Biden is damming at best and pure evil in reality. The freedoms of this world hinge on Trump winning this election. 6 months ago I would have told you he is a narsarcitic sand box bully. However in that time I have learned different.
President Trump is different, he openly states "Fake News" and he openly talks about the "Deep Sate/Shadow Government" ie Swamp Creatures. Plus. So here we are living in a mire of evil, hatred and lack of empathy.
I choose different. I will continue being my bothers and sisters keeper in faith, love and compassion even if I have to pick up a gun. I pray that I do not have to kill anyone and I pray you do not have to either. Follow God, follow your heart.
Take Care

Hey Gary, how are you? Time is coming soon to choose between loving this world so much of every sin imaginable & not believing in the truth, the way, & the life of Jesus. Ask for forgiveness & repent your sins to God & accept His son Jesus Christ as your savior. A person cannot worship two things at once. Worship God, Jesus, Holy Spirit & help others, be grateful for anything, be tolerant, be patient, & show kindness to everyone. Amen. God bless all of us.

I'm fine thanks Melly, how are you?

Its incredible having just left the corporate world how many colleagues were totally ignorant to this matter despite knowing that I was someone very different to them who walked the walk. They didn't care. I was surrounded by mindless honourless order followers more concerned about their personal paradigms than contributing anything meaningful for the greater good. It is people like that who acquiesce, bred for inertia, whom form a large part of the problem. Just doing my job is no longer an excuse.