A mass die-off baby seal horror is developing in Namibia: Nearly 10,000, "overall number could be higher." OCN said starvation was the most probable cause but other reasons could be toxins or disease and nothing could be ruled out 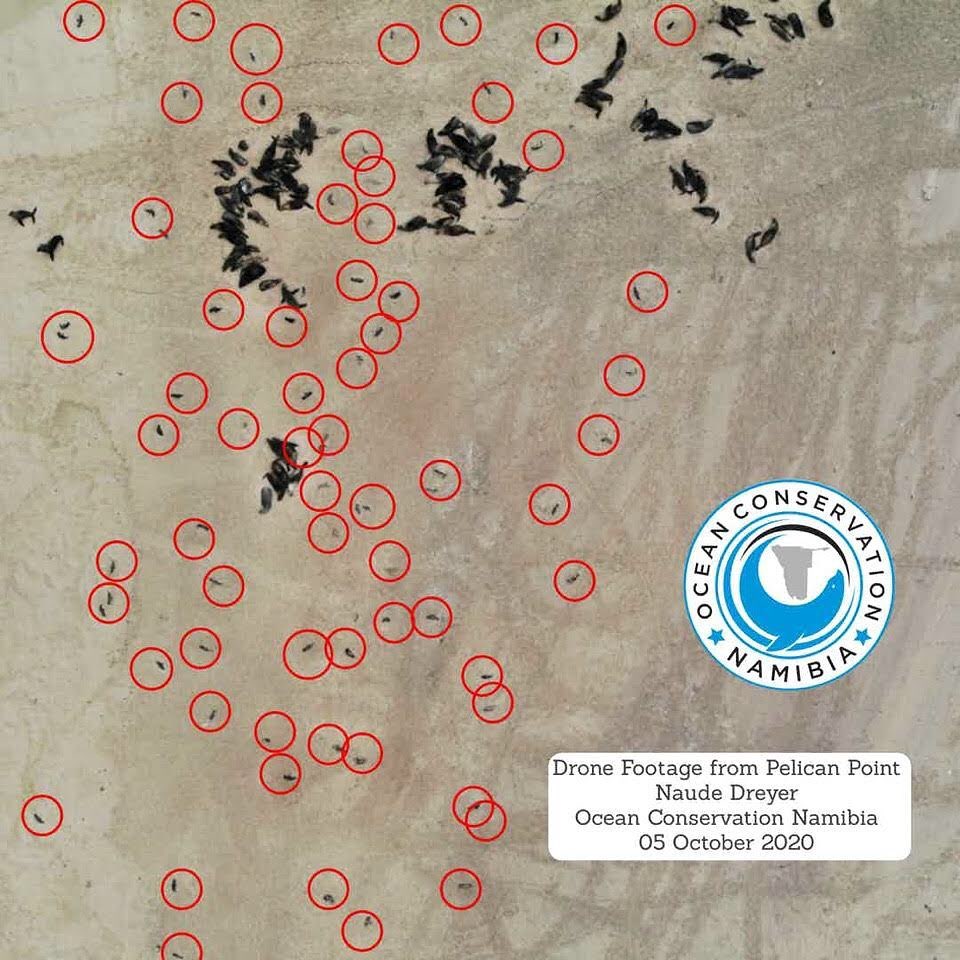 The beach at Pelican Point in Namibia has now risen to nearly 10,000 dead baby seals, Ocean Conservation Namibia (OCN) said in an Instagram post on Friday. Drone footage taken by the OCN shows the beach full of seal pup bodies. "We are sitting at the cusp of a catastrophe. There are literally thousands of seal pups being born prematurely and dying almost immediately," OCN said.

The number of dead seals found washed ashore on the coast of Namibia has risen to more than 7,000, non-profit group Ocean Conservation Namibia (OCN) said on Friday. OCN said last week thousands of dead seal pups had washed ashore at Pelican Point peninsula, a tourist destination known for its colony of seals and school of dolphins.
Naude Dreyer, a marine biologist at OCN, said investigations in the past week had revealed a spike in the number of dead female adults. “What we have been observing is less freshly dead seal pups and a lot of dead female adults,” he said. Investigations had mainly centred on the Pelican Point Beach, so the overall number of dead seals could be higher.
The Ministry of Fisheries and Marine Resources said last week it would send samples to South Africa to determine the cause of death. Dreyer said this had not yet been done because of the need to observe strict guidelines on shipping dangerous animal products. OCN said last week starvation was the most probable cause as fish, the seals’ main source of food, have moved from Pelican Point, but other reasons could be toxins or disease and nothing could be ruled out without a full study.
Animal Die-Offs 2020
Front Page
at October 25, 2020