The first two major quakes (mag 6 or higher) of July occurred last night, a powerful magnitude 6.6 struck Indonesia and a magnitude 6.2 struck Micronesia: Brings total for the year to 59 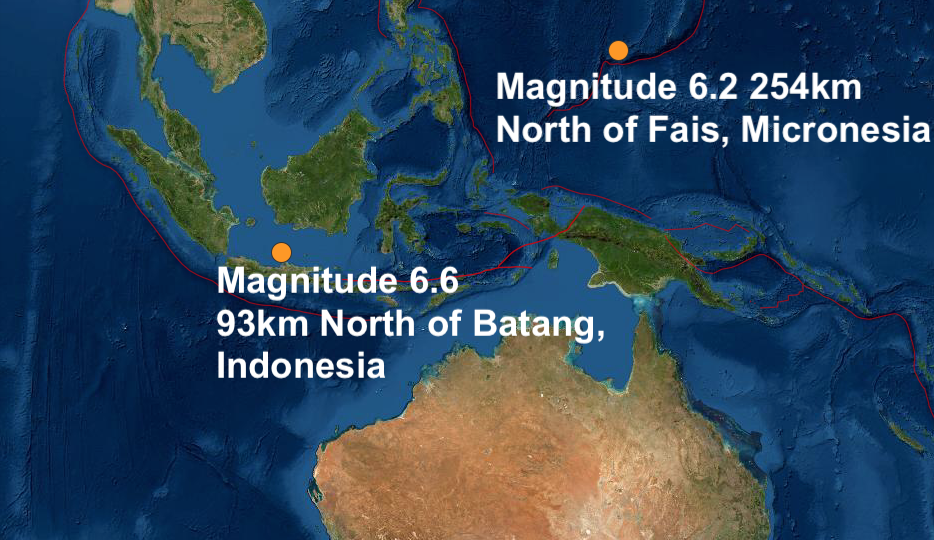 The first two major quakes (mag 6 or higher) of July occurred last night, a powerful and deep magnitude 6.6 struck 93km North of Batang, in Indonesia and a shallow, 12km deep, magnitude 6.2 struck 254km North of Fais, Micronesia, no tsunami warnings have been issued. Both quakes rattled the Pacific Ring Of Fire.

A minor stream of solar wind was buffeting Earth's magnetic field yesterday, stirring geomagnetic unrest around the poles. The gaseous material is flowing from a northern coronal hole in the sun's atmosphere. Some scientists believe solar activity around the Earth's magnetosphere can produce seismic and volcanic activity here on our planet.