Marching on together! South America becomes the third continent after Africa and Asia to succumb to locust plagues. The governments of Paraguay, Argentina and Brazil on alert as locusts are sweeping through farmland and ruining crops 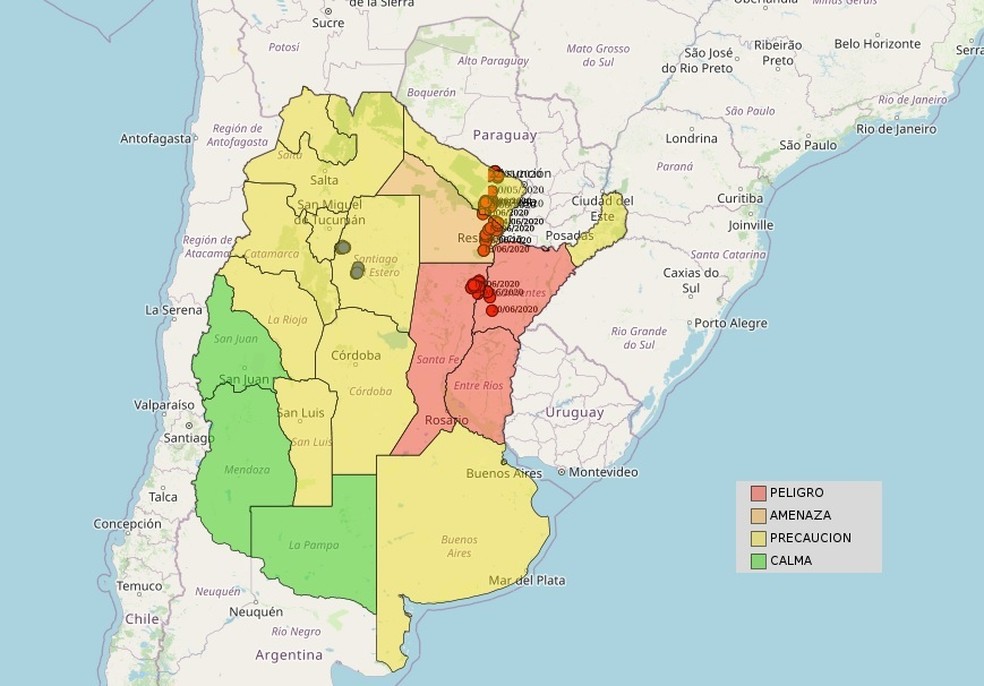 Marching on together! South America becomes the third continent after Africa and Asia to succumb to locust plagues.

'Astonishing' huge swarm of locusts are sweeping through farmland and ruining crops in South America making it the third continent this year to succumb to locust plagues. Short-horned locusts,  capable of devouring the same amount of crops as 2,500 people would each day are thought to have arrived from neighbouring Paraguay recently. The swarms are heading toward the large metropolitan area of Sante Fe. Lanteri community president Pipo Garcia described the swarm as "astonishing" and said he has never seen anything like it. The swarms are expected to move into Brazil. A video of a swarm can be seen here

Argentine food safety body SENASA said the swarm, which initially entered Argentina from Paraguay in late May, contained about 40 million insects. It is in the province of Corrientes, near borders with Brazil, Uruguay and Paraguay. Argentina and Brazil are among the world’s largest soy and corn exporters. “We are following the movement of the plague,” Héctor Medina, a coordinator at SENASA, told Reuters on Thursday. Due to the arrival of a cold-weather front from the south, the movement of the locusts would be limited in the coming days, he added. The low temperatures “will prevent them from moving and reproducing. The lethargy makes them stay still,” Medina said. Winds could eventually push the cloud of locusts into a neighbouring country, he added.

450 billion locusts have been killed this year, but devastating swarms still ravage Africa, India and the Middle East. TBW