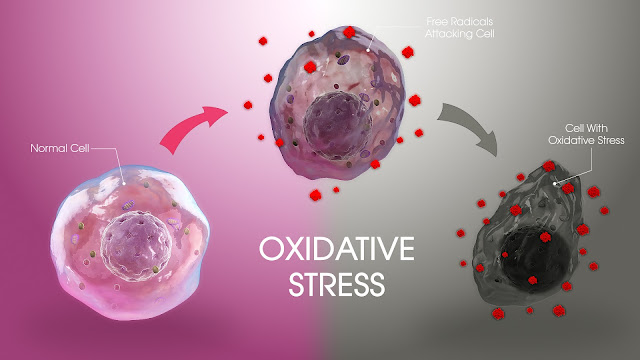 This week mobile masts were set on fire in the parts of the UK amid conspiracy theories claiming a link between 5G and coronavirus. The Department for Digital, Culture, Media and Sport was quick to calm the incidents by claiming, "there is absolutely no credible evidence" of a link between 5G and Covid-19. Actually, there is evidence and a worrying connection.

People are living in the 21st century with suppressed immune systems due to a medical term called 'Oxidative stress,' which is linked to radiofrequency radiation, obesity diets rich in fat and sugar, processed foods, smoking, alcohol consumption, medications, pollution, exposure to pesticides or industrial chemicals, in other words, modern life.

Exposure to radiation causes oxidative stress, which affects the body and shred strands of DNA in the unsuspecting population.

What is Oxidative stress?

Oxidative stress is an imbalance of free radicals and antioxidants in the body, which can lead to cell and tissue damage. Oxidative stress occurs naturally and plays a role in the ageing process.

Oxidative stress can occur when there is an imbalance of free radicals and antioxidants in the body. The body’s cells produce free radicals during normal metabolic processes. However, cells also produce antioxidants that neutralize these free radicals. In general, the body is able to maintain a balance between antioxidants and free radicals. Several factors contribute to oxidative stress and excess free radical production. These factors can include: diet lifestyle certain conditions environmental factors such as pollution and radiation The body’s natural immune response can also trigger oxidative stress temporarily. Uncontrolled oxidative stress can accelerate the ageing process and may contribute to the development of a number of conditions such as cancer, Alzheimer’s disease Parkinson’s disease, diabetes, cardiovascular conditions such as high blood pressure, atherosclerosis, and stroke, inflammatory disorders, chronic fatigue syndrome, asthma and male infertility.

Factors that may increase a person’s risk of long-term oxidative stress include: obesity diets high in fat, sugar, and processed foods, exposure to radiation, smoking cigarettes or other tobacco products, alcohol consumption, certain medications, pollution, exposure to pesticides or industrial chemicals. All part of our modern-day life in the 21st century.

Oxidative stress can damage cells, proteins, and DNA, which can contribute to ageing. It may also play a role in the development of a range of health conditions, including diabetes, cancer, and neurodegenerative diseases such as Alzheimer’s. How does oxidative stress affect the body?

The coronavirus death rate is 'significantly higher' in places with increased levels of air pollution because tiny particles in the air weaken respiratory systems according to a new study by academics at Harvard University. 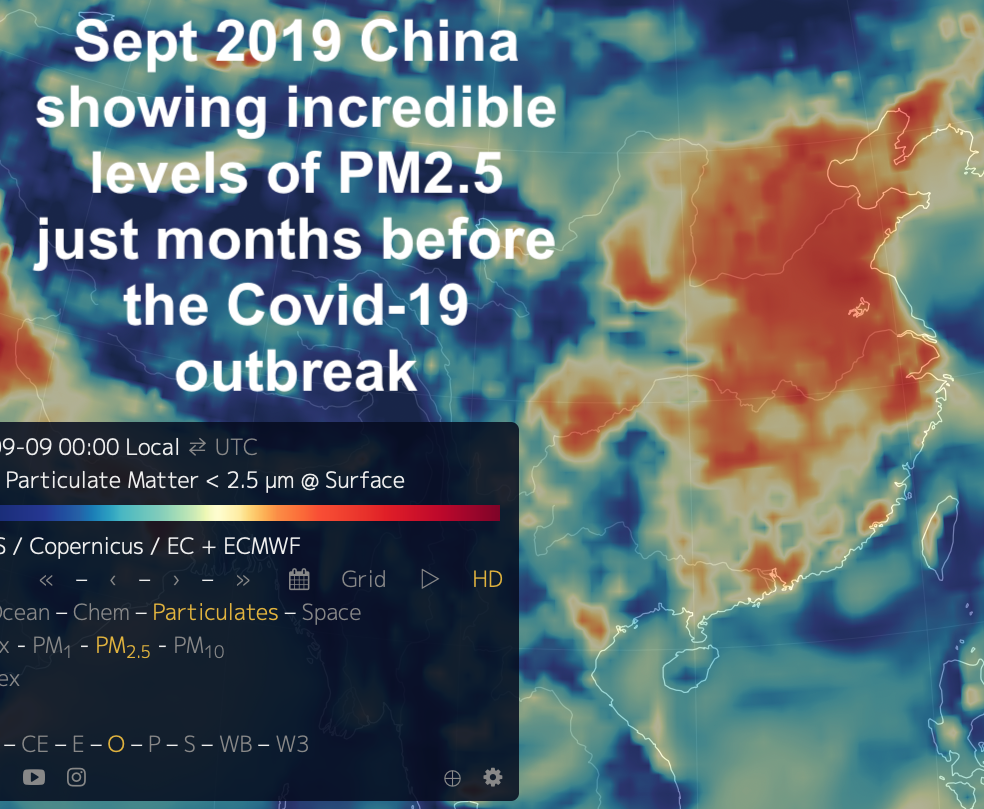 Air pollution is linked to a severe spike in coronavirus death rate, a study from academics at Harvard University has found. Tiny particles in the air, called PM2.5, are known to cause long-term health issues and are produced by industry, automobiles and the burning of fossil fuels. Researchers found that even a small increase in PM2.5 concentration is linked to a significantly higher chance of death after contracting the coronavirus. 'We found that an increase of only 1μg/m3 in PM2.5 [particles] is associated with a 15 per cent increase in the Covid-19 death rate,' Full story

I raised the harms caused by electro magnetic radiation with a senior manager at work, he wasn't interested telling me to do the job I was paid to do. Sadly he is just a typical representation of the sheep I have to work with. Heads in the sand bleating away looking at me like i'm the crazy outcast.
The truth doesn't change because you don't want to hear it.
Who is the crazy one now....!

The jury is out for me regarding 5G. The study mentioned was replicating the effects of living in outer space radiation. I don't believe there is enough power to harm, unless you live close to a tower.


In my opinion, a far more hazardous threat has been happening already. During the Bush Sr. administration, the Congressional testimony of an orthopedic surgeon-turned researcher stopped the Bush administration from building a huge multi-state underground circular transmitter. It was meant to locate submarines.


As I recall the size was similar to a particle accelerator. According to this expert who wrote: "The Body Electric", it is the extremely low frequencies with long wavelengths that stretch for miles that can and will definitely harm all living things. Dr. Becker studied the regrowth of reptilian limbs and tails, and found voltages and frequencies that he called "the current of growth" as I recall. He could accelerate or retard such regrowth with the right wavelengths and power.

Harmonics are real. The walls of Jericho fell because of harmonic resonance. It is the reason soldiers don't march across bridges.

Becker's testimony stopped the USA from pounding these High-Powered but very-low-frequency pulses throughout the world because he convinced Congress that the harmonic resonance would be harmful to all living things on earth. It would affect our basic life processes, not to mention mental aberrations.


With Bush II, it was built. Russia followed and built a bigger one. Now China has just built the biggest one of all.


According to Becker, high frequencies are preferred in humanity because they do not interfere with body frequencies as that are too high to be harmonic. If he could, he would increase the frequency of our home electricity much higher than 60 hertz it now is, because of this.