Breaking: HERO, Dr Li Wenliang who tried to warn the world back in December of a new coronavirus but was warned for "spreading false rumours" has died from the disease 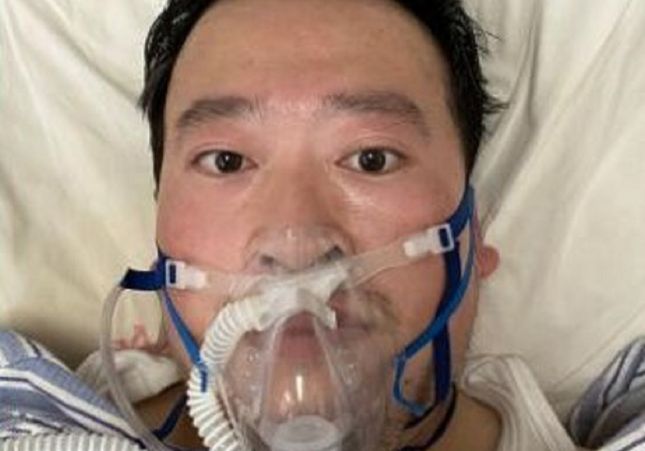 The Chinese doctor who tried to issue the first warnings about the deadly coronavirus outbreak has died of the infection, Chinese media say. Li Wenliang was working as an ophthalmologist at Wuhan Central Hospital when he sent out a warning to fellow medics on 30 December. Police then visited him to tell him to stop, as authorities tried to keep the news under wraps. On the 10th of January, he started coughing and he knew he was sick and he had caught the virus from another person. It was a further 10 days later - on 20 January - that China declared the outbreak an emergency.

Hero! Dr Li was one of eight people who police said were being investigated for "spreading false rumours"
We are being constantly told to stop spreading false and fake news concerning the coronavirus but in many cases, it is our media and leaders who are spreading fake news.
In early January, authorities in the Chinese city of Wuhan were trying to keep news of a new coronavirus under wraps. When one doctor tried to warn fellow medics about the outbreak, the police paid him a visit and told him to stop. It's a stunning insight into the botched response by local authorities in Wuhan in the early weeks of the coronavirus outbreak. Dr Li was working at the centre of the outbreak in December when he noticed seven cases of a virus that he thought looked like Sars - the virus that led to a global epidemic in 2003.
On 30 December he sent a message to fellow doctors in a chat group warning them about the outbreak and advising they wear protective clothing to avoid infection. What Dr Li didn't know then was that the disease that had been discovered was an entirely new coronavirus. Four days later he had a visit from officials from the Public Security Bureau who told him to sign a letter. In the letter, he was accused of "making false comments" that had "severely disturbed the social order". He was one of eight people who police said were being investigated for "spreading rumours". On 10 January he started coughing, the next day he had a fever and two days later he was in the hospital. His parents also fell ill and were taken to the hospital. It was 10 days later - on 20 January - that China declared the outbreak an emergency.  BBC

Dear readers,
So sad to hear this news. I can't get my head around all this evil anymore. Please read Isaiah chapter 57 verses 1-2