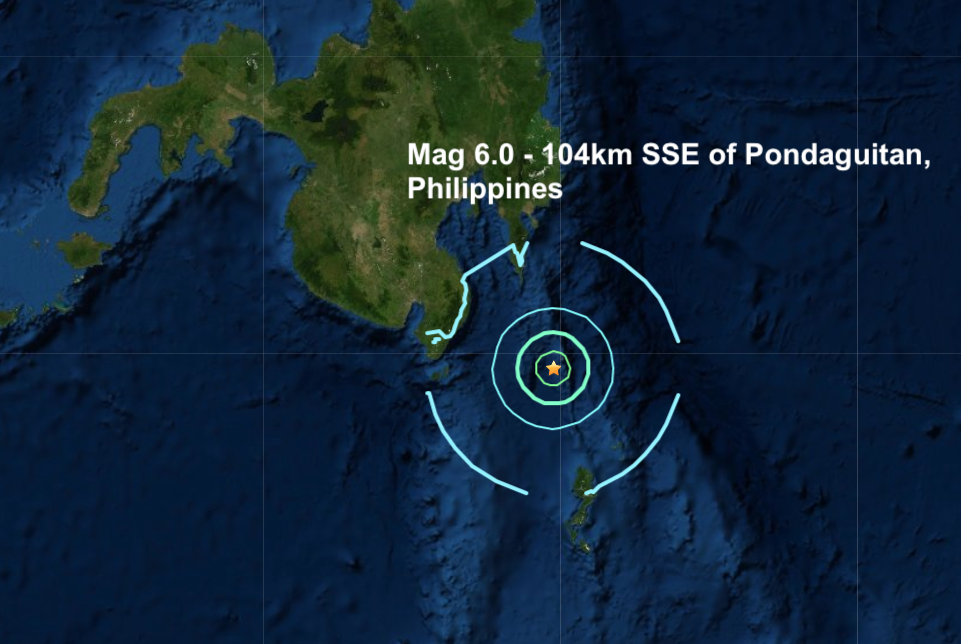 A magnitude 6.0 - 104km SSE of Pondaguitan, Philippines is the 2nd major quake today. Earlier the first major quake of February belonged to Indonesia: A very deep, (almost 600 km deep) magnitude 6.2 struck, 111 km NNE of Ujungpangkah, Indonesia. Preliminary data suggest little or no damage was expected from both quakes, according to USGS. This afternoon's quake is the 17th major quake (mag 6 or higher) of 2020.
January 2020, the first month of the new decade was quite a busy month, regarding the seismic and volcanic activity. 15 major quakes were recorded which is above average but no big deal, only 3 more than January 2019. The biggest being the magnitude 7.7 just north of Jamaica on the 28th. A total of 163 quakes were recorded between magnitude 5 to 5:9 range last month compared to 159 in January 2019, so this year is slightly up so far but it is early days of course.